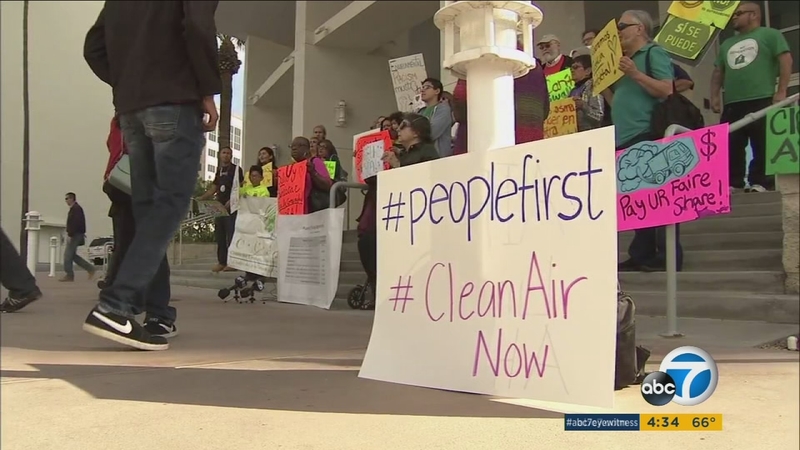 The state agency is taking up a plan aimed at achieving cleaner air in the south coast basin and Coachella Valley.

"We are asking them to beef it up - to strengthen it up - and put some regulations into it," said Penny Newman with the Center for Community Action and Environmental Justice.

Activists said the plan by the South Coast Air Quality Management District doesn't include enforcement. Instead, the plan uses incentives to get businesses to switch from heavy polluting vehicles to cleaner technology.

"It will require further reductions from businesses. Everything from local gas stations up to oil refineries. So these businesses will have to continue to reduce emissions as they have been doing for decades," said Sam Atwood with SCAQMD.

Currently, warehousing is booming in the Inland Empire, bringing with it additional port, rail and truck traffic. Those vessels and vehicles are considered to be among the worst polluters by the air quality district.

The plan would target the industry with incentives to the tune of $1 billion per year for the next 15 years.

"We've made tremendous progress, but in fact, yes, we still have amongst the worst air pollution in the nation here in Southern California," Atwood said.

Dozens of speakers at the meeting spoke out against the plan. Newman said the area is already failing to meet current air standards.

"We don't meet the minimum standards that were set in 1997, much less any new ones," she said. "We're in a really bad situation already and we keep approving warehouses that bring more diesel trucks out here."

The board unanimously approved the plan, which will now head to the Environmental Protection Agency for approval.