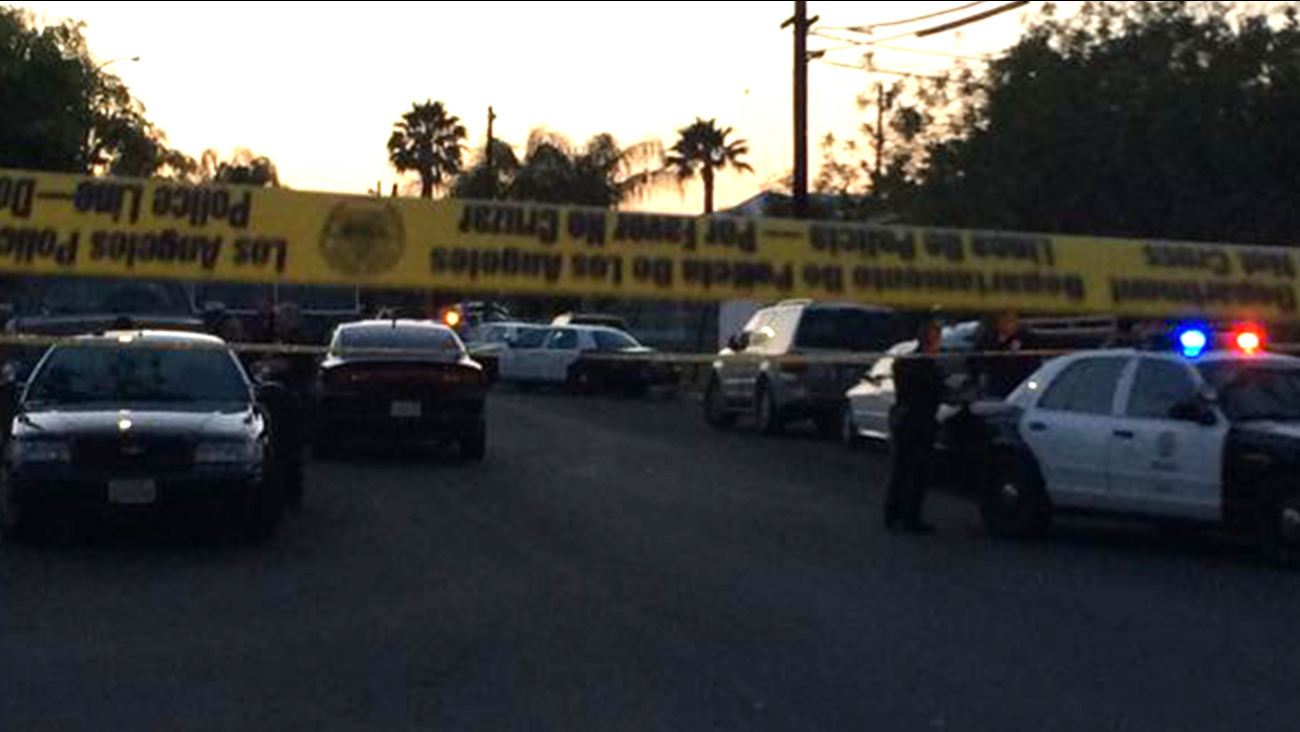 Los Angeles police investigate the scene after a man accused of threatening his girlfriend led officers on a chase that ended in front of his Sylmar home on Sunday, May 24, 2015. (Leanne Suter)

SYLMAR, LOS ANGELES (KABC) -- A man accused of threatening to kill his girlfriend opened fire at police during a chase that ended at his home in Sylmar.

The suspect's girlfriend told Los Angeles police on Sunday that he had been stalking her and threatened to kill her. Officers found the suspect's truck on Sayre Street and waited for him to arrive. When he showed up at his car, police began following him and the suspect sped off.

During the pursuit, the suspect shot at police. No one was hit.

The chase ended at his home at Ralston Avenue and Beaver Street. The suspect was allegedly armed with a knife. At one point, an officer fired his Taser at the suspect and hit both the suspect and his mother, who was trying to grab him.

Both were taken to a hospital.