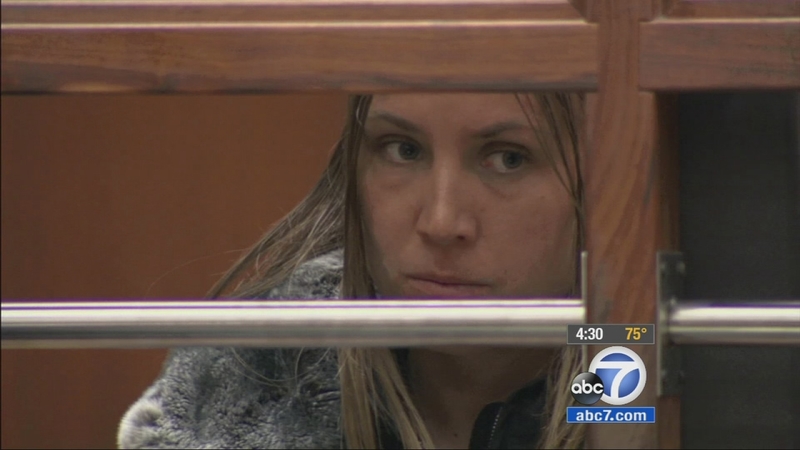 LOS ANGELES (KABC) -- A mother accused of keeping her two young sons from their fathers has escaped jail time. Maria Pfeifer was the subject of an international manhunt for violating custody orders and failing to return from vacation in Europe.

On Monday, Pfeifer, a former Los Angeles resident, was sentenced to three years of probation and ordered to pay restitution.

"The safety of the two sons that are at issue in this case was my primary concern," prosecutor Deanne Castorena said.

Prosecutors says Pfeifer plead guilty to one felony count of custody deprivation. The sentence imposed Monday allows for Pfeifer, who is nine months pregnant, to travel out of the country.

"I think her departing the country will be the best thing all around for both the adult victims and the minor children involved in this case," Castorena said.

Pfeifer's attorneys say their client was pleased with Monday's sentencing.

"For us, for the defense team, the big result was she's not serving a day in jail on this case," defense attorney Dmitry Gorin said.

In 2012, Pfeifer, 32, was allowed to take the boys on a 10-day trip to her native Slovakia and the Czech Republic, but never came back. She was arrested in France last December after violating custody orders that she return with her sons.

She was accused of disguising her sons, then 4 and 10 years old, by trying to pass them off as girls.

Back in Los Angeles, the boys' fathers teamed up to find their sons, and eventually reunited. Both boys are now with their fathers in Southern California.

"They are not seeking to punish or seek revenge or exact tit-for-tat upon Ms. Pfeifer. They just want to raise their sons in a secure environment without threat of further abduction," Castorena said.

And while Pfeifer lost her parental rights to the two boys, she hopes to someday reconnect with them.

"Hopefully, at some point, both the fathers will agree that it's in the best interest of the children to see their mother, and some kind of visitation can be arranged where she's residing," defense attorney Richard Hirsch said.

Pfeifer must also pay restitution to the two fathers, one of whom is Robert Pfeifer, a former music executive who served time in prison in connection to the racketeering case against Hollywood private eye Anthony Pellicano. Prosecutors say most of the undisclosed restitution has already been paid.

Pfeifer's attorneys say that she plans to leave Los Angeles and return to her home in Switzerland sometime in the next several days.