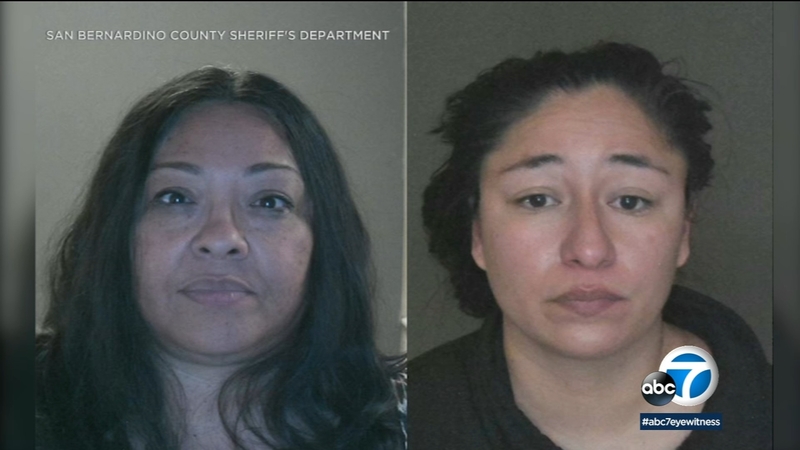 RANCHO CUCAMONGA, Calif. (KABC) -- Two day care workers in the Inland Empire are facing child-abuse and conspiracy charges after an infant who was in their care suffered a serious physical injury, authorities said.

Rudie Maldonado, 29, and Felicia Ferra, 50, employees of Kiddie Academy in Rancho Cucamonga, were arrested in the case, according to the San Bernardino County Sheriff's Department.

Police were called to the Loma Linda University Medical Center on Sept. 4, 2021, for an 8-month-old boy who had suffered a skull fracture, a sheriff's news release said.

The baby boy attended Kiddie Academy and had been under the care of both Maldonado and Ferra, investigators said.

Both suspects were arrested for allegedly conspiring to conceal the baby's injuries and neglect of his well-being.

Maldonado's bail was set at $100,000, and she was released on bail. After an arrest warrant was issued for Ferra, she turned herself in at that West Valley Detention Center, the Sheriff's Department said in a statement.

Authorities believe there may be more victims in the case. Anyone with information about the matter is urged to call sheriff's Deputy Roger Alfaro at (909) 387-3615.