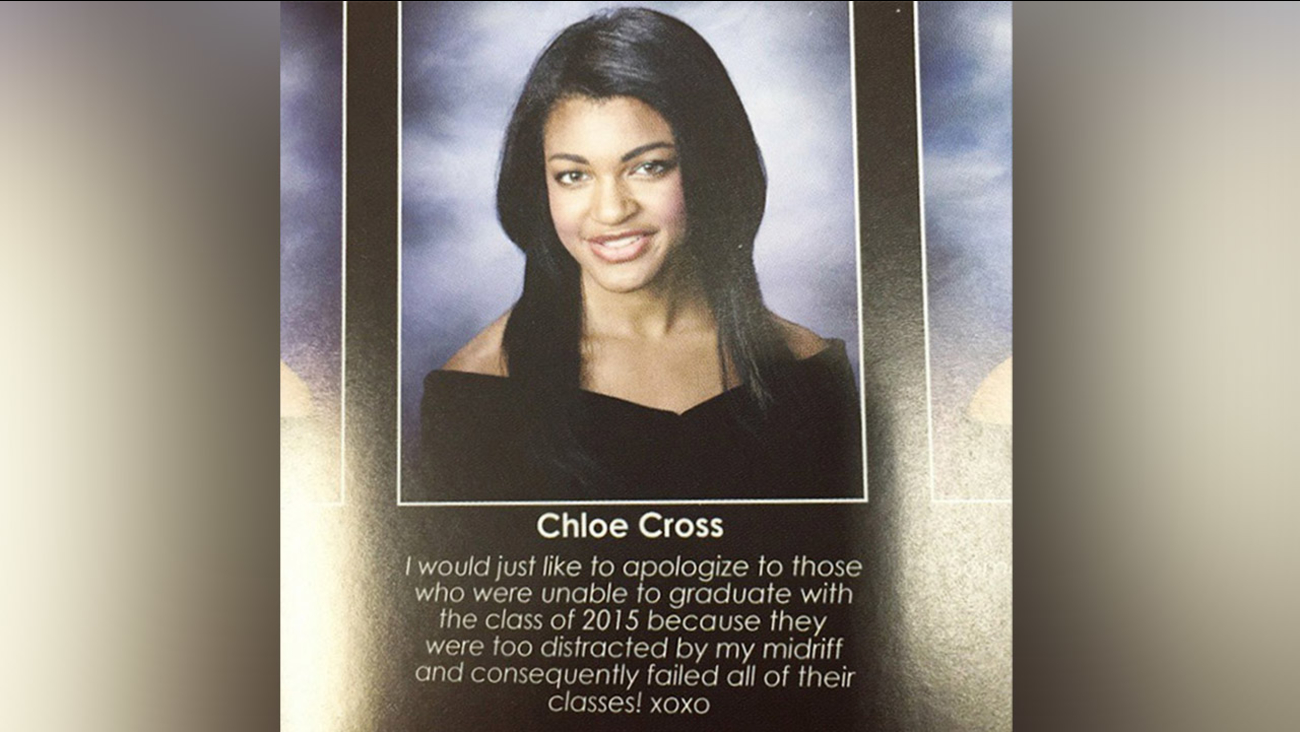 Many high school students choose an inspirational or motivational message for their yearbook quote. But one California student used her yearbook quote to speak out against her school's dress code.

Actress Amandla Steinberg of The Hunger Games fame then shared the quote on her Tumblr page. From there, Cross' quote went viral.

"I knew I wanted to use something memorable and important to me as my senior quote, and the dress code rules and enforcement were something I felt passionately about during school," Cross told ABC via email. "The quote itself is pointing out how ridiculous it sounds for schools to blame girls' clothing for the academic shortcomings of their classmates."

Cross says the inconsistent enforcement of the dress code is most bothersome.

"Girls with certain body types or features definitely get singled out a disciplined more than others, yet not nearly as much time and effort is put into calling out every guy wearing a bro tank that shows his bare chest," Cross told ABC. "Girls are forced to miss class in order to change clothes with the best interests of heterosexual male students in mind."

"The administration doesn't want us distracting the boys, or disrupting their learning, so they disrupt ours instead and it doesn't make any sense."

Cross said that her school's administration has failed to adequately address the dress code problem, and that she has been harassed by students over outfits she has worn.

"I've had countless comments from teachers and students about what I wore to school, to the point that it became a running joke that I blatantly disobeyed the dress code," Cross told ABC. "Surprisingly many of my classmates managed to focus despite my attire!"

Cross has since graduated from the school and will be attending Loyola Marymount University in the fall to study communications.

The San Mateo Unified High School District holds the free speech of everyone -- especially our students -- sacred. The District team -- from administrators to teachers to support staff -- encourages our students to freely express their views and share their interpretation of events and policies that they feel impact them. Having the confidence to share one's views helps a student grow and become an independent thinker, and that is something we want for all students.