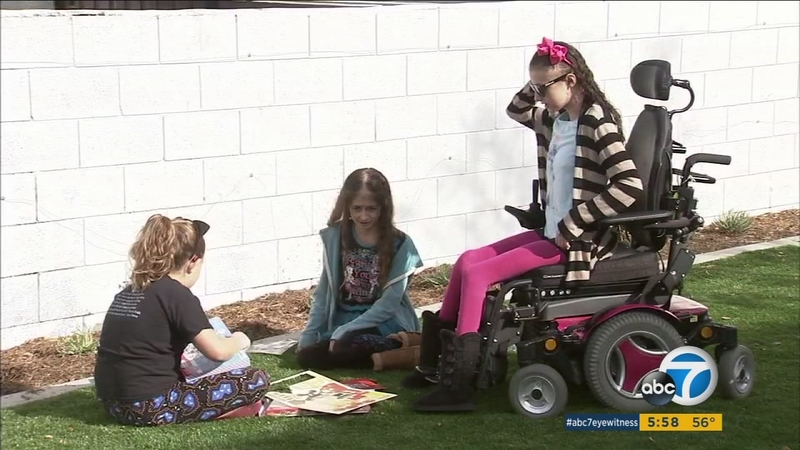 ORANGE, Calif. (KABC) -- Bridget Colby unpacked boxes while her two kids, Sophia and Wyatt, sat on the couch in their new apartment, counting down the hours until Christmas.

It may not seem like much, but to them it was a small miracle.

When Sophia was a year old, doctors diagnosed her with Hemophagocytic Lymphohistiocytosis, or HLH, an extremely rare disease that causes her immune system to attack her own tissues and organs.

She began intensive treatment, which included chemotherapy, and her family spent weeks at a time at Children's Hospital of Orange County. All of it took a serious financial toll.

"Is it the meds? Is it the food? How do we get the gas to get to CHOC? All of those things add up exponentially," Colby said.

The family nearly lost their home, when Miracles for Kids stepped in. The nonprofit asked the Colbys to be the first family to move into the "Miracle Manor," an apartment complex less than a mile from CHOC and built specifically to help families with critically ill children.

"The place where they can feel safe and comforted and part of the community," said Chelsea Cavigli, director of development and operations for the organization.

Doctors continue to monitor Sophia after a bone marrow transplant from her father, and while the family doesn't know what to expect, the 11-year-old is just enjoying their new home. She's also made new friends at the complex who are dealing with similar situations.

"I like it very much, and I like how it's for families so that way there's more kids to play with around here," she said.

The Colbys manage the property for four other families with critically ill children. As their kids wait to open presents, Colby said the new community is more than gift - it's a miracle.

"This gives the 10 years of what we've been doing a purpose and hopefully we can help them get through it a little easier than we did," she said.