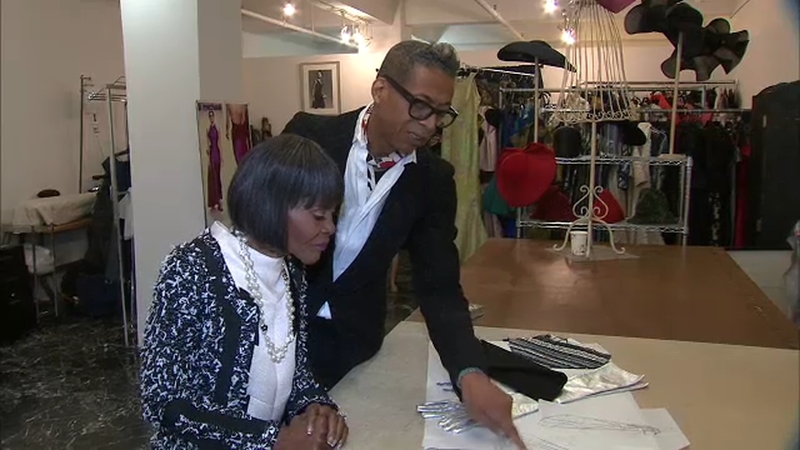 NEW YORK -- Designer B Michael has spent weeks and poured his heart into creating the masterpiece actress Cicely Tyson wore while accepting an Honorary Oscar in November.

B said he was overcome with emotion seeing the 94-year-old in the magnificent gown.

"For such a moment and when you've seen so much, you're like, this cannot just be another pretty dress," said B, "It's one of a kind."

Kemberly Richardson sat down with fashion designer B Michael as he creating Oscar gowns for actress Cicely Tyson.

B and Tyson have been friends for years. B Considers Tyson his "magical soul mate."

"I trust him explicitly," said Tyson. "He put that dress on, and I never took it off, I wore it to every single party that was given in my honor for the Oscars, that dress was unbelievable."

The highly acclaimed designer has become the go-to person for countless celebrities but is determined to step out of his comfort zone. Tyson even wore a hat he designed to Aretha Franklin's funeral.

"The hat had gone viral, sitting in the church, we had no clue," said B.

B is now busy working on dress number two for Tyson for the Oscars on February 24th.