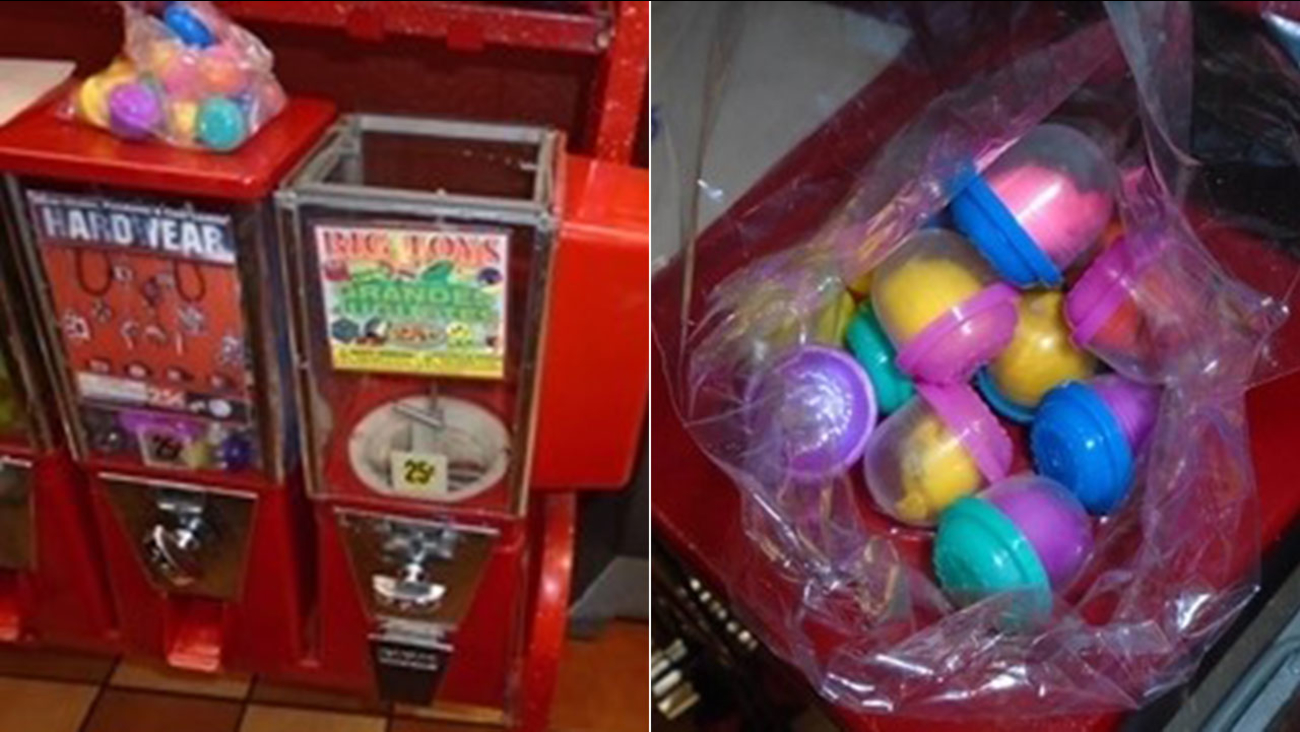 A toy purchased from a vending machine in a Bell Gardens restaurant was thought to contain cocaine, but turned out to be harmless, police said. (Bell Gardens Police Dept.)

A young boy bought the toy from a 25-cent machine at Taqueria Los Altos in Bell Gardens on Monday.

Inside was a balloon that ruptured and exposed a powder substance, leading the boy's mother to contact police.

They initially said the substance tested positive for cocaine, and 17 other toys containing balloons with powder were also discovered inside the same machine.

"Further investigation has been conducted by detectives of the Bell Gardens Police Department on this case and it has been determined that the original testing performed on the substance revealed a 'false positive' test for cocaine," Bell Gardens police said in a statement Wednesday night.

The substance resembles talcum powder or baking soda, but its exact nature has not been confirmed.

"We are, however, confident that it is not cocaine nor does it pose a health risk," police said.