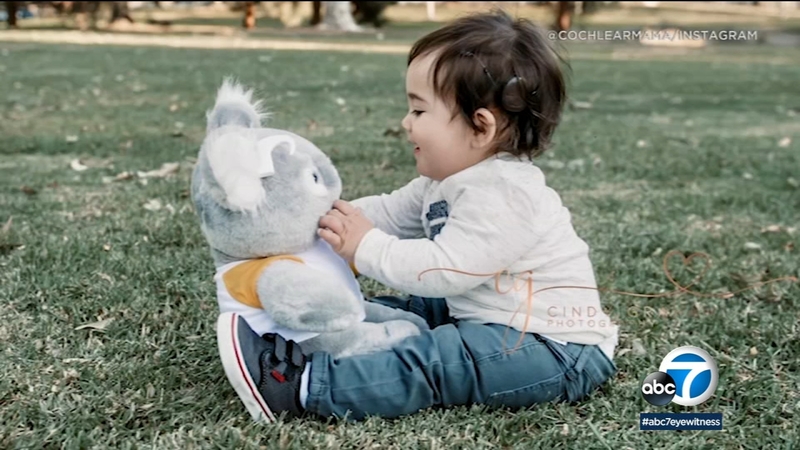 A new mom, whose baby was born deaf, was told they should wait until he was older to receive a cochlear implant.

But she fought back - and found help so he could get the device while he was still very young.

In the world of cochlear implants, 14-month-old William is a trailblazer.

"He had just turned 7 months when we implanted him and that's the youngest patient I've ever implanted," Dr. Eric Wilkinson, a neurologist with the House Institute said.

"He got to hear my voice for the first time at 8 months," William's mom, Erica, said.

But getting to this point was a challenge.

"As a first-time new mom, you're nervous and you're scared," Erica said.

William's first round of newborn testing was inconclusive. At the House Institute, William's parents learned he had profound hearing loss in both ears.

"That was a shock because our expectations had been completely mismanaged," Erica said, "Our options could be cochlear implants. And he was a candidate for it."

Erica wanted to get her son the implants as soon as she could, but there were some medical professionals who tried to discourage her.

They told her, "All you need to do right now is teach him sign language, give him love," Erica said. "And let him decide later down in life if he wants the surgery."

"We know the earlier children are implanted, the better they're going to do," he said.

William would need to go through six months of difficult testing, which include trying hearing aids.

"That's mandatory," Wilkinson said. "A child has to go through a hearing aid trial to see if they get any benefit from a hearing aid."

His parent's diligence paid off the moment his implants were turned on.

"He lit up like a Christmas tree. He was so happy and he was smiling and he was giggling," Erica said, "Now he's been hearing for six months and its incredible. He responds to his name, to noises."

"He's going to do very well. He's not going to have any limitations," Wilkinson said.

Erica's advice to others is to fight for your child.