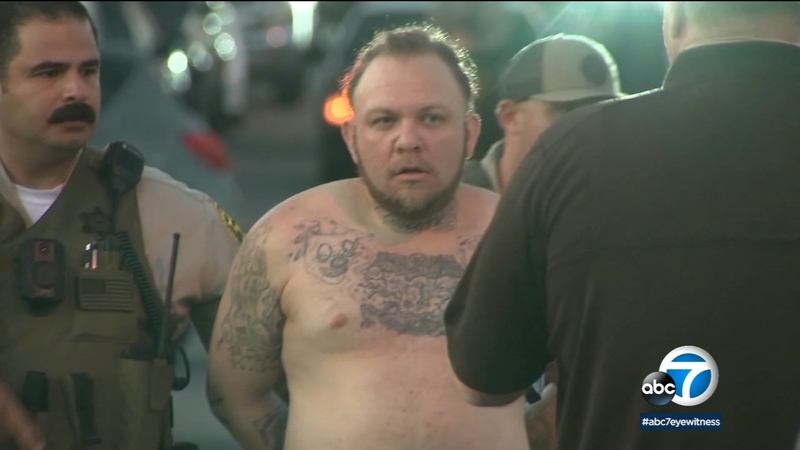 Man, his father charged in connection with 3 East LA murders

LOS ANGELES (KABC) -- A man was charged Monday with the killings of three people in the East Los Angeles area between 2014 and 2018, while his father was charged in connection with one of the slayings.

Anthony Velasquez, 31, is charged with three counts of murder along with allegations that he personally used a firearm in the Feb. 11, 2014, killing of Jesus Antonio Avalos; the July 6, 2015, slaying of Eduardo Robles; and the April 22, 2018, killing of Amanda Nicole Lopez.

His father, Manuel Velasquez, 51, is charged with one count of murder for Robles' killing, two counts of being an accessory to the other two murders and helping his son avoid arrest.

Anthony Velasquez was ordered to be held in lieu of $6 million bail, while his father's bail was set at $2 million.

A Los Angeles County Sheriff's Department SWAT team descended on a residence about 4:30 a.m. Thursday and took the men into custody.

News video from the scene showed deputies placing a shirtless Anthony Velasquez into a patrol vehicle after he was apprehended.

A man and his father were arrested at a home in East Los Angeles in connection with three separate murders that date back as far as 2014, authorities said.

"It's a big milestone," sheriff's Lt. Hugo Reynaga told ABC7 on Thursday, referring to the arrests. "I don't know at this point, but we may be able to tie these two to other local murders, also cold cases."

Maria Orozco, Avalos' sister, said she and her family thought they would never receive the call from detectives that his killers were caught.

"It meant relief and I thought of my brother, that's he's somewhere in heaven right now celebrating and that he's happy that justice was made and that they will not hurt anyone anymore," she said.