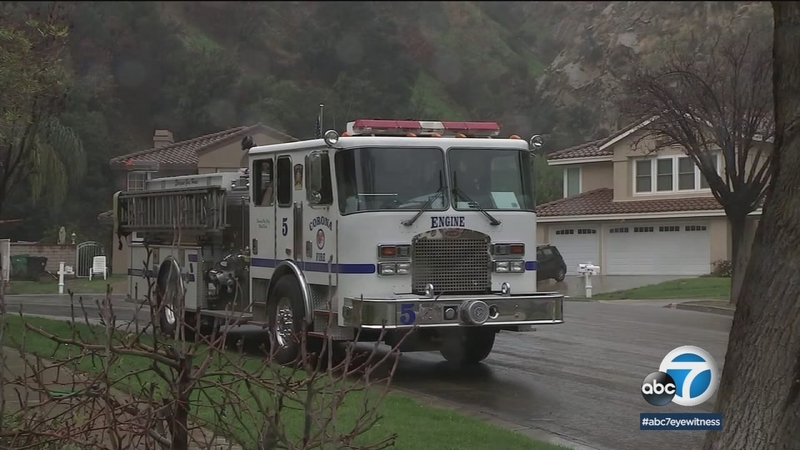 Evacuations lifted in Corona as bulk of storm moves out

CORONA, Calif. (KABC) -- As the bulk of a rain-heavy storm moved out of the Inland Empire, mandatory evacuation orders in parts of Corona were lifted Thursday.

Shortly after the evacuation orders were lifted...the sun came out! pic.twitter.com/n8ljlwzkrL

The evacuation orders were issued Wednesday afternoon for neighborhoods that were affected by the Canyon Fire, which charred about 2,600 acres between Anaheim Hills and Corona.

The brush fire started in September and threatened mostly homes in the Corona area before fire officials finally gained control of it.

Many burn areas across Southern California were under threat of possible mudslides or debris flows and flooding as a strong storm moved into the region. The heaviest rainfall was expected Thursday morning into early afternoon and then it would clear in some areas.