KABC
By Rob McMillan
An Anaheim woman still under quarantine at Travis Air Force Base is recounting her recent cruise on the Diamond Princess, that ended with dozens of passengers testing positive for the coronavirus.

"It was something else," said Tammy Smith, who endured a nearly two-week long quarantine in her cabin, before a frustrating and worrisome ride on a bus and cargo plane, surrounded by other sick passengers.

"You either laugh about it, or go into a deep depression, and we chose not to do that."

The Diamond Princess, operated by Princess Cruises, stopped in China and Vietnam before returning to Japan where it originated. Rumors of sick passengers started spreading before what was supposed to be one of their final dinners aboard the ship.

"We kind looked at each other after we got back (from dinner) and said, yeah that's a rumor."

But there were soon signs that it was more than just a rumor. At their stop in Okinawa, Japan, they were told that before they could get off the ship to tour the port, they needed to go through a health screening that included a temperature check.

"It took over an hour for us to get through it," said Smith. "Everybody had to exit the ship and go through. It was mandatory."

Passengers grew more concerned when the ship departed Okinawa before its planned departure time, and arrived a day early to the final stop in Tokyo.

Then came the announcement from the ship's captain that put the matter beyond all doubt.

"It was shocking. He came on (the intercom) and said all passengers return to your cabins and stay there until further notice. And that was it," she said.

The Santa Clarita man who was recently evacuated with his wife from a coronavirus-stricken ship in Japan has confirmed he has the deadly virus.

They were confined to their cabins for nearly two weeks. Smith commended the ship's crew for doing everything possible to make them feel comfortable, as the ship alternated between time at sea, and in port in Tokyo. They brought water and meals to their cabins every day and allowed them time on deck to walk around.

But she only took advantage of that time on deck a few times. Just watching all of the passengers walking around with masks and gloves was causing quite a stir.

"You're (wondering) who's not washing their hands. I could hear people coughing and sneezing behind their masks. It was nerve wracking."

Eventually, they were given the option to leave the ship two days before the quarantine period was set to end. They were followed by nurses to a bus, where Smith said they were stuck inside for five hours.

She would learn later that people she was sitting next to had tested positive for the virus, formally known as COVID-19. But she says a dispute between government officials appeared to make the process taking even longer.

"The CDC and state department were arguing over what to do with these people (who were sick). The CDC didn't want to take them, and the state department said 'No, you got to, we have no other places to put them.'"

From there, they boarded a cargo plane for what Smith called the worst part of the entire experience. Not only were there only two working bathrooms on the plane for close to 200 passengers, but many of them were sick.

And those were just the ones who'd tested positive.

A resident of Riverside County who was a passenger on the Diamond Princess cruise ship docked under quarantine in Japan has tested positive for coronavirus, public health officials announced Tuesday.

"It was a total shift in mindset, because we had been conditioned for 12 days to stay six feet away from people. And so now we are elbow to elbow. And who knows how many people had fevers that didn't get tested."

Smith said she and her travel companion have tested negative for the Coronavirus so far. They're set to return home to Southern California next Monday.

When asked what she would tell other people who are reading this story, her answer was almost immediate.

"Personal hygiene is the most important thing, wash your hands, wash your face, make sure you're not a carrier."
Report a correction or typo
Related topics:
health & fitnessnorthern californiahealthcoronaviruscruise ship
Copyright © 2020 KABC-TV. All Rights Reserved.
CORONAVIRUS 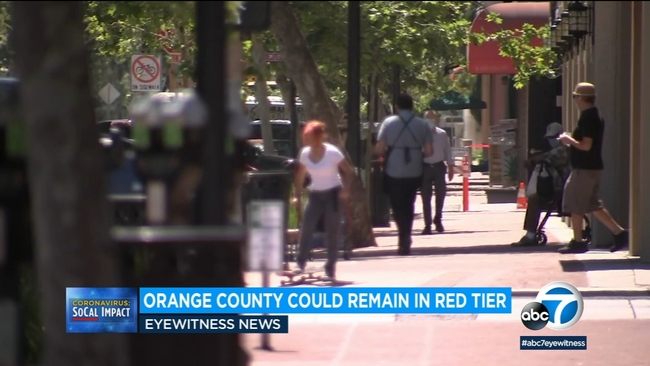