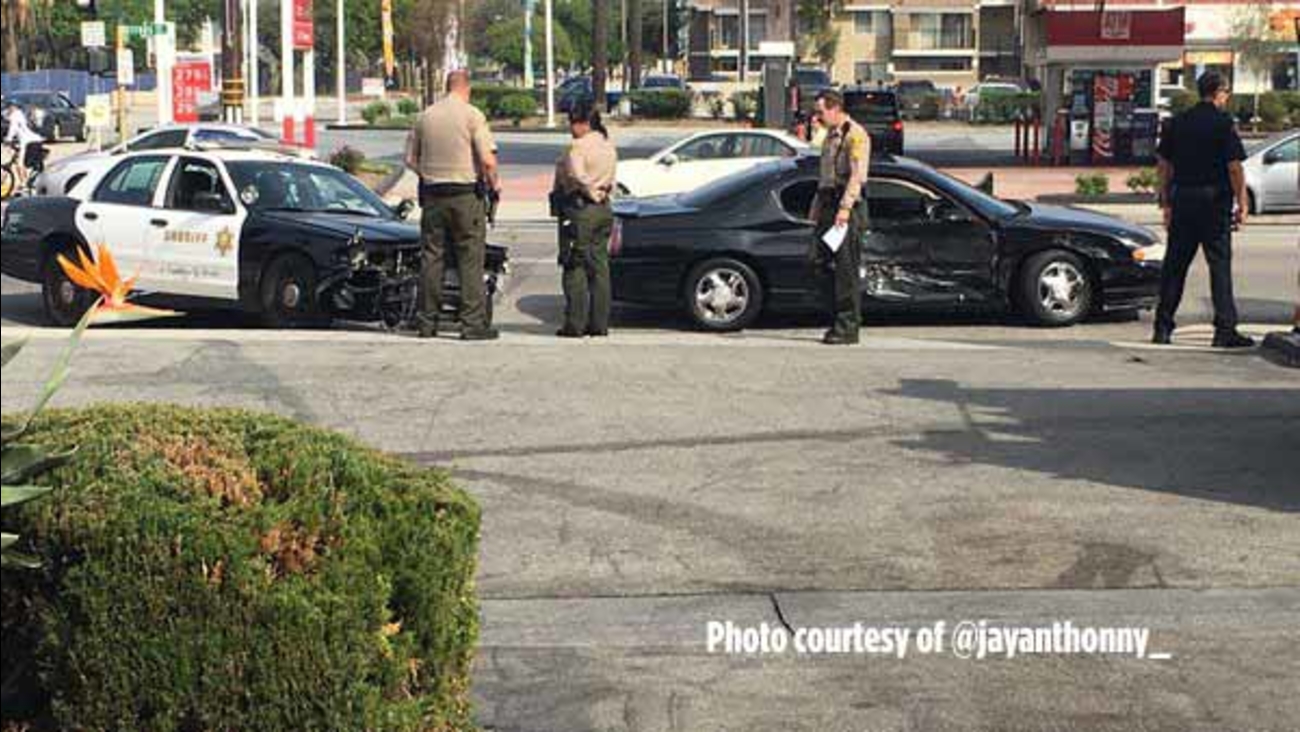 A patrol car with the Los Angeles County Sheriff's Department was involved in a crash at the intersection of Covina Boulevard and Citrus Avenue in Covina on Sunday, Feb. 28, 2016.

COVINA, Calif. (KABC) -- A Los Angeles County Sheriff's Department patrol car was involved in a crash in Covina on Sunday.

Officials said the crash happened at the intersection of Covina Boulevard and Citrus Avenue at about 1:50 p.m.

Pictures from the scene showed front end damage to the cruiser and passenger side damage to a Chevrolet Monte Carlo.

The Covina Police Department is investigating the crash and said initial observations indicate the driver of the Chevrolet drove through a red light when it collided with the patrol car.

The sheriff's department said the deputy in the cruiser was taken to the hospital as a precaution, but stated she did not appear to have any serious injuries. Officials said she is a deputy assigned to the San Dimas station.

The driver of the Chevrolet did not appear to be injured, according to the sheriff's department.