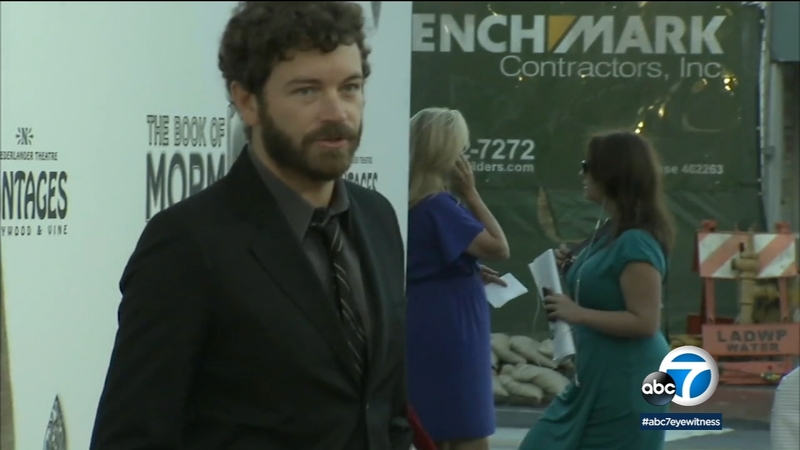 LOS ANGELES -- Actor Danny Masterson has been charged with forcibly raping three women in separate incidents that occurred between 2001 and 2003, officials say.

Masterson was charged with three counts of rape by force or fear. The case was filed for warrant yesterday, according to a news release.

Masterson, 44, was arrested Wednesday morning and released after posting $3.3 million bail, according to booking records.

His arraignment is scheduled for Sept. 18 at the Foltz Criminal Justice Center.

Officials said Masterson is accused of raping a 23-year-old woman between January and December 2001, according to a complaint.

In April 2003, Masterson allegedly raped a 28-year-old woman and sometime between October and December of that year, he is accused of raping a 23-year-old woman who he had invited to his Hollywood Hills home, officials said.

Deputy District Attorney Reinhold Mueller said all of the alleged crimes occurred at the Masterson's home in the Hollywood Hills. Police began investigating more than three years ago. At the time he was part of the Netflix series "The Ranch."
If convicted of the charges, Masterson faces up to 45 years to life in state prison, officials said.

The district attorney's office did not file sexual assault charges against Masterson in two other cases, "one for insufficient evidence and the other based upon the statute of limitations for the crime alleged," according to a news release.

"Mr. Masterson is innocent, and we're confident that he will be exonerated when all the evidence finally comes to light and witnesses have the opportunity to testify.

"Obviously, Mr. Masterson and his wife are in complete shock considering that these nearly 20-year old allegations are suddenly resulting in charges being filed, but they and their family are comforted knowing that ultimately the truth will come out. The people who know Mr. Masterson know his character and know the allegations to be false."

Attorneys for the three women confirm they are also part of a civil lawsuit filed last year against Masterson and the Church of Scientology.

"All we have wanted was justice, accountability, and truth. Instead, we were subjected to continued harassment, embarrassment, and re-victimization by Masterson and the Church of Scientology."

An attorney for the Church of Scientology has called the lawsuit "baseless".