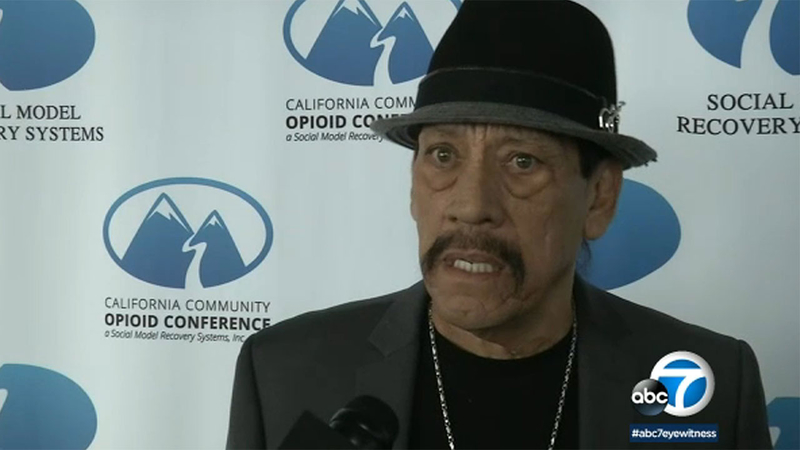 Before the fame and his growing taco and donut empire, actor Danny Trejo was addicted to heroin.

And it landed him in prison.

"I was in a hole in Soledad State Prison when I kicked my last habit and said 'There's gotta be a better way.'"

"And I remember saying 'Lord if you're there, it'll be OK. If you're not, I'm screwed. And if you just help me, I will say your name and I will do whatever I can for my fellow man.' And I honestly believe that that's the way he wants us to live," said Trejo.

That was 51 years ago. On Thursday, Trejo opened up about his recovery at the second annual California Community Opioid Conference, put on by Social Model Recovery Systems.

"It's a crisis. I mean, they're bombarding people with so many types of pills right now," Trejo said. "My hope is that somebody, anybody just hears what we're trying to do and says hey if they can do it, we can do it."

"Once you're caught up in drugs, it's a hopeless kind of existence and if you can see someone that got out of it, it gives them hope," Trejo said.

He's found success through his work in penitentiaries with inmates choosing to start over.