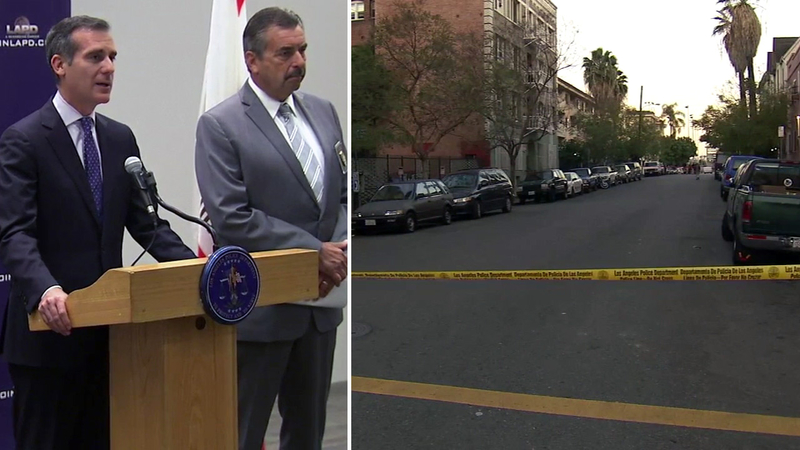 WESTLAKE, LOS ANGELES (KABC) -- Los Angeles police have arrested a man they say posed as an Uber driver and kidnapped and sexually assaulted a young woman in Westlake.

The victim was waiting for her Uber near 8th Street and Vermont Avenue around 3:30 a.m. on April 3 when a man driving an SUV approached her, police said. He asked her if she was waiting for an Uber, at which point he identified himself as her driver.

"He took her about two blocks east where he sexually assaulted her, choked her unconscious at least three times," Beck said. "The neighbors -- hearing her screams because she fought valiantly -- called the Los Angeles Police Department."

Responding officers heard the victim's cries for help while searching for the suspect's SUV in the area.

"They ran to save her. They saw the assault occurring in the backseat of the car ... They smashed the windows out with their batons," Beck said.

Upon noticing them, the suspect immediately jumped in the driver's seat of the SUV and fled the scene, police said.

During his escape, the door of the SUV nearly struck a police officer, prompting an officer to open fire. The suspect was not hit by the single round fired by the officer, Beck said.

The officers immediately jumped in their vehicles in search of the sexual assault victim. Police officers found her nearly four blocks away from the scene. She had been pushed from the vehicle, police said.

The FBI and the LAPD's Forensic Service Division assisted the Robbery-Homicide Division in their investigation. Through forensic evidence collected from the victim's sexual assault kit, scrapings from her fingernails and CODIS, authorities were able to identify the suspect as 39-year-old Dartanyun Smith.

Smith was tracked to a home in South Los Angeles and arrested Saturday morning. The suspect, who has previously served time in prison for robbery, is being held in lieu of $1 million bail.

"We hope that everybody in the city of Los Angeles and anybody who would prey on Angelenos will know today that this city will answer the call, that our police department will bring you to justice and make sure that you are behind bars," Garcetti said after offering the victim his condolences.

Garcetti and Beck also stressed the importance of being cautious when using ride-hailing apps such as Uber.

"We believe that he guessed based on her actions, standing at a street corner in the early-morning hours, that she was waiting for a ride, and he guessed Uber," Beck said.