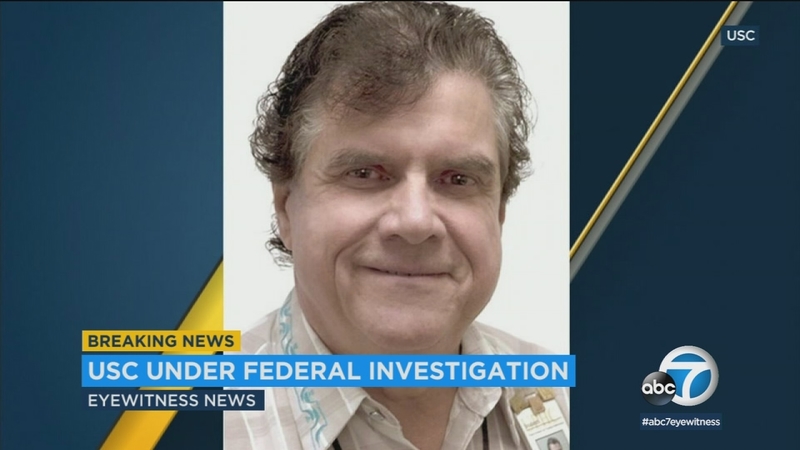 LOS ANGELES (KABC) -- The U.S. Department of Education's Office for Civil Rights announced an investigation into USC's handling of reports and complaints of sexual harassment against a former gynecologist.

The Officer for Civil Rights (OCR) will look into USC's response to reports and complaints of sexual harassment during pelvic exams that came in as early as 1990 against Dr. George Tyndall. All of the complaints and reports were not fully investigated until spring 2016, when the campus launched an investigation.

During that investigation, which ended in 2017 with the termination of Tyndall, the OCR said USC did not disclose any information to the agency.

In mid-May, USC President C.L. Max Nikias issued a letter to students, faculty, staff and alumni notifying them of the investigation, Tyndall's termination and a hotline people could call if there were more complaints against Tyndall.

That letter sparked outrage in the USC community, with former students filing lawsuits, others filing class-action lawsuits and a call for Nikias to resign as president.

Nikias eventually announced his resignation on May 26 and the board of trustees said it would work to find a replacement.

The LAPD also reached out to the public in efforts to find more possible victims. During a press conference in late May, authorities said at least 52 women had come forward with allegations of sexual assault and harassment against Tyndall.

"No student should ever endure sexual harassment or abuse while trying to pursue their education," U.S. Secretary of Education Betsy DeVos said. "Every student on every campus should have a safe learning environment, and I expect all education institutions under the department's jurisdiction to take seriously their responsibilities under Title IX."

The OCR said it has an unrelated agreement with USC as a result of the agency's investigations into the university's handling of allegations of sexual harassment and sexual violence on campus that started in August 2010 until May 2015.