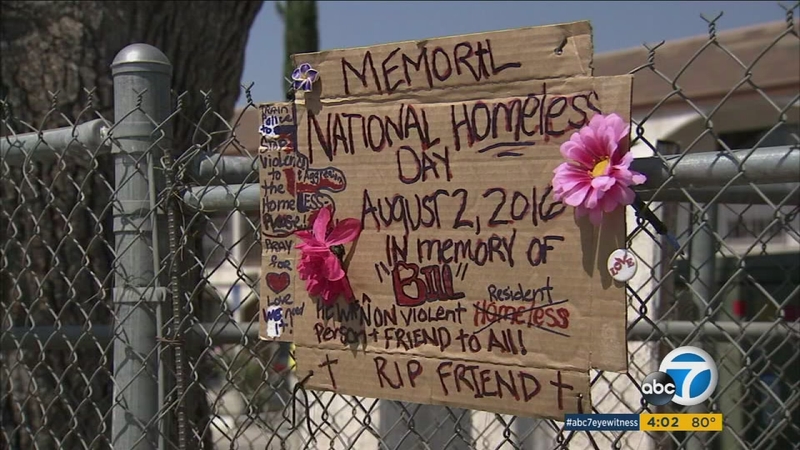 CASTAIC, Calif. (KABC) -- Authorities on Wednesday identified a 51-year-old man who was shot and killed by a Los Angeles County Sheriff's Department deputy in Castaic.

Around 9 p.m. Tuesday, two patrol deputies tried to make contact with a man riding a bike in the 31500 block of Castaic Road, sheriff's Lt. Joe Mendoza said at an afternoon news conference.

"The driver deputy recognized him from previous contacts as a narcotics offender, which he believed was on probation for some narcotics offenses," Mendoza said.

The man then left his bike and fled on foot from the deputies, who followed and caught up to him.

"He attempted to reach into his pockets and retrieve some type of unknown object," the lieutenant said. At some point, a deputy-involved shooting occurred.

The man, identified by the Sheriff's Department as William Bowers, 51, was hit in the upper body and pronounced dead at the scene. No deputies were injured in the shooting.

Bowers was not armed at the time of the incident, according to sheriff's homicide investigators.

A witness, who declined to be identified publicly, said the man was a homeless person in the area who never appeared to cause trouble.

She said Bowers was in her room at the Rodeway Inn just a few hours before the shooting occurred. He left the room to go pick up some toiletries, she said.

"Without him even knowing, and his hands down by his side, walking, they shot him in the chest," she said.

The deputy who opened fire is expected to be interviewed by investigators on Thursday, Mendoza said.

An employee at the inn said he too knew Bowers, echoing that the man never appeared to cause any trouble. Friends of Bowers said he had some drug problems and was known by deputies to run from them on his bike.