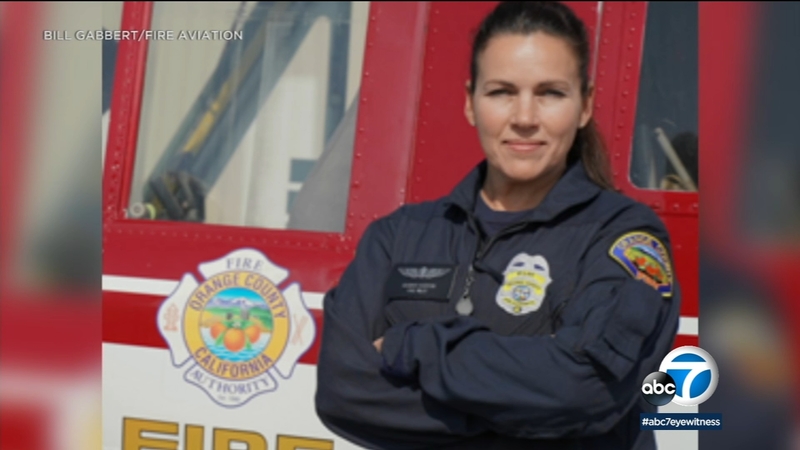 Desiree Horton says despite being the first woman to hold her job, she believes she was set up to fail.

Horton, who is also the first female fire helicopter pilot to work for a California government agency, has 31 years of experience and 9,000 flight hours. But OCFA fired her for what they called "substandard performance."

"I was set up to fail, and I was never given the opportunity to succeed," Horton said. "It was clear to me that women weren't wanted at OCFA."

Horton is suing the OCFA for gender discrimination. She alleges that in 2019, OCFA air operations unfairly evaluated her without proper training that her male colleagues received, and wrongly fired her before the end of her one-year probation period.

"Not only did she leave Cal Fire to come work for the OCFA, who didn't give her a chance to succeed, it was now claiming she wasn't able to adequately perform a job she had been doing for 30 years," said her attorney Alreen Haeggquist.

Horton says she has more flight experience than any of the male fire pilots at the OCFA. The lawsuit reads in part that she was "... made to feel as though she was incompetent all because Ms. Horton was a woman in a place believed to be a man's world."

"Fires don't discriminate. Neither should the OCFA," said Haeggquist.

In a statement to Eyewitness News, OCFA said it can't comment on current litigation.

A female fire captain with the OCFA says she's seen discrimination against women before in the agency.

"Seventeen of our fire stations currently don't have women's restrooms or shower facilities to accommodate a dual gender workforce for women to actually shower while they're on duty," said OCFA Capt. Lauren Andrade.

Earlier in Horton's career, she piloted AIR7 HD for Eyewitness News. Horton is also an Orange County resident. She wants to see the OCFA become more accepting of all job candidates.

"I want the OCFA I go back to, to be a changed department, one in which women and underrepresented groups are given the fair shake we deserve," Horton said.