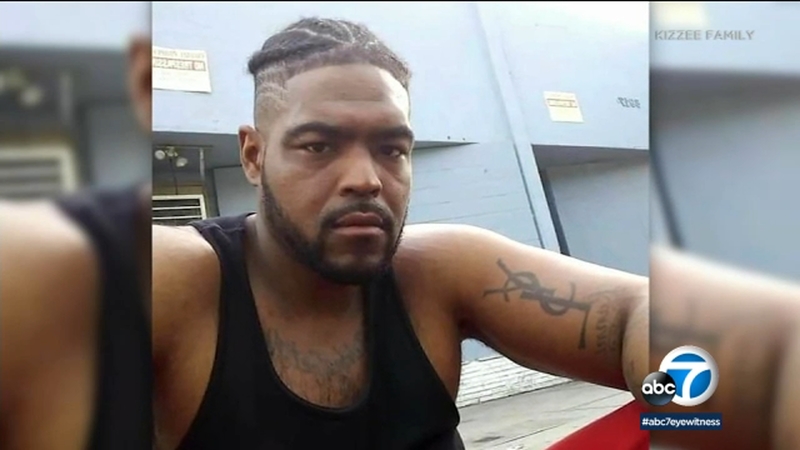 SOUTH LOS ANGELES (KABC) -- A Los Angeles County Sheriff's Department trainee and his supervising officer were the deputies involved in the fatal shooting of a Black man earlier this week in Westmont area, the Los Angeles Times reported on Thursday, citing sources with knowledge of the investigation.

Homicide detectives had not interviewed the two deputies, whose names have not been publicly release, as of Thursday morning, The Times reported.

Kizzee was fatally shot about 3:15 p.m. Monday during a confrontation with deputies near West 109th Place and South Budlong Avenue.

Sheriff's officials said Kizzee was riding a bicycle in the area and deputies stopped him for an unspecified vehicle code violation. After he was stopped, Kizzee allegedly tried to run away, according to the sheriff's department.

"Our suspect was holding some items of clothing in his hands, punched one of the officers in the face and dropped items in his hands,'' Lt. Brandon Dean said.

"The deputies noticed that inside the clothing items that he dropped was a black, semiautomatic handgun, at which time a deputy-involved-shooting occurred.''

The sheriff's department has said he "made a motion toward the firearm.''

Civil rights attorney Ben Crump, representing Kizee's family, says the victim was shot in the back more than 20 times, although there's been no confirmation of the number of shots fired.

Kizzee "did not deserve to be executed like this as he was running away,'' Crump said. "We want the (district attorney's office) and AG to hold officers accountable. This seems to happen disproportionately to colored people
in the U.S. Dijon Kizzee's life matters.''