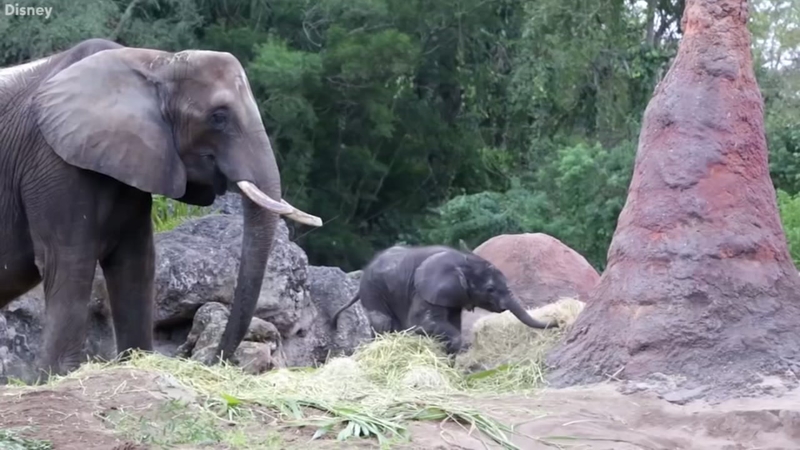 A baby animal has made a big debut at Disney's Animal Kingdom. Say hello to Stella the elephant!

Stella was born recently to mother Donna, who became pregnant naturally in January 2015. After she was born the pair spent time out of the public eye so mom and baby could bond and meet the other elephants. But Stella was ready to make her debut and can now be seen roaming Kilimanjaro Safaris, the park announced this week.

Donna has given birth twice before, to Nadirah in 2005, and Luna in 2010. The addition of Stella raises the park's number of elephants to 10.

The park carefully observes its elephant herd in order to learn more about the species. Their research helped Save the Elephants with the Elephants and Bees project, which places bee hive borders around farms in Kenya. Since elephants naturally avoid beehives, this makes for a safer environment for both the elephants and the farmers.