Director Danny Wolf says his new documentary "Skin: A History of Nudity in the Movies" is not an exploitative film.
OTRC
By George Pennacchio 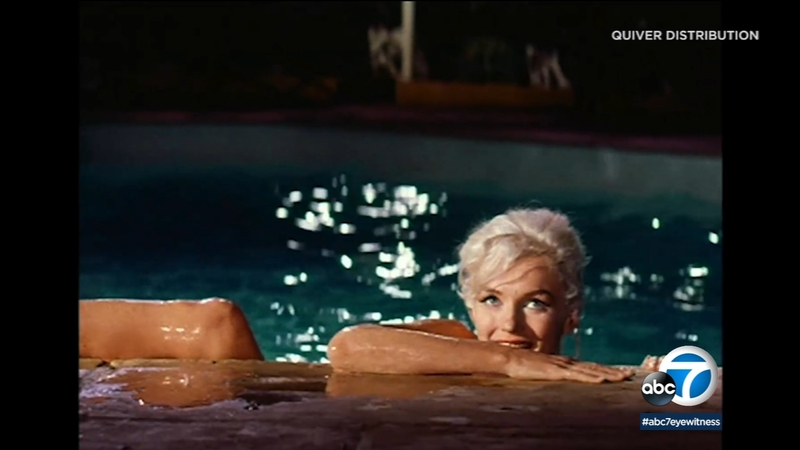 New Documentary examines the history of nudity on film

HOLLYWOOD, LOS ANGELES -- A new documentary "Skin: A History of Nudity in the Movies" chronicles how nude images made their way into film, from when it first appeared to where it is now in the age of the "Me, Too" movement.

Wolf chronologically traces nudity in movies beginning in the late 1800s. There was a time, early on in Hollywood, when it was not a big deal.

"Nudity was so prevalent in films, and the biggest actresses in Hollywood were doing nudity in the '20s," said Wolf.

Even the early award-winning film, "Wings."

"That was the first Oscar-winning movie, and Clara Bow, the 'It' girl, she was, like, as popular as it got, and she showed breasts," said executive producer Jim McBride. "How many people today would guess that there was a nude scene in a 1927 movie that won an Oscar?"

It all changed in 1934 with the Motion Picture Production Code, a set of moral guidelines for the movie industry on what was acceptable and what was not. Nudity was not.
"There was decades where nudity really wasn't allowed in film," said Wolf.

The Production Code lasted officially until 1968, when it was replaced by the MPAA and the film ratings we now know today. The movie "Greetings" came out in 1968, and it was the first film to be rated X.

In 1982, Phoebe Cates had a moment in "Fast Times at Ridgemont High" people still remember. But director Amy Heckerling remembers having to tame down a different nude scene where sex was involved.
Now, with the "Me, Too" movement, Hollywood has started using intimacy coordinators.

"The actors are taken care of and not exploited," said Wolf.