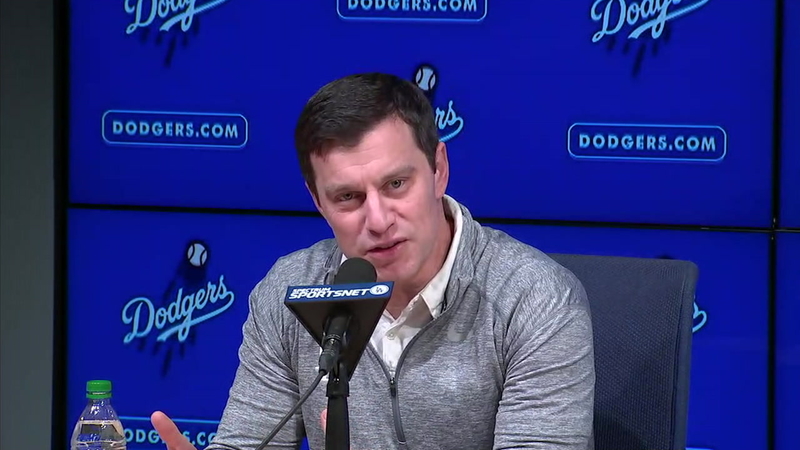 LOS ANGELES (KABC) -- Dodger fans are hoping next year will be their year, but what they really want to know is whether Clayton Kershaw will remain with the team for another season.

Kershaw has a clause in his contract that allowed him to become a free agent when this past season ended.

Thursday night's original deadline for a decision has been pushed back until Friday afternoon at the earliest.

At an end-of-season press conference on Thursday, Dodger officials described negotiations with the franchise's ace as "pleasant" and "ongoing."

"We've got a couple days here, we're going to continue having those conversations and when we get to a point of being able to announce something it'll be easier to go into more detail," said Andrew Friedman, the team's president of baseball operations.

Friedman said it made sense for both sides to extend the deadline for Kershaw's contract decision because of the quick turnaround between Sunday's World Series game and the original Wednesday timeline.

The Dodgers and Clayton Kershaw have agreed to extend the deadline on his option decision until Friday at 4 p.m. ET.