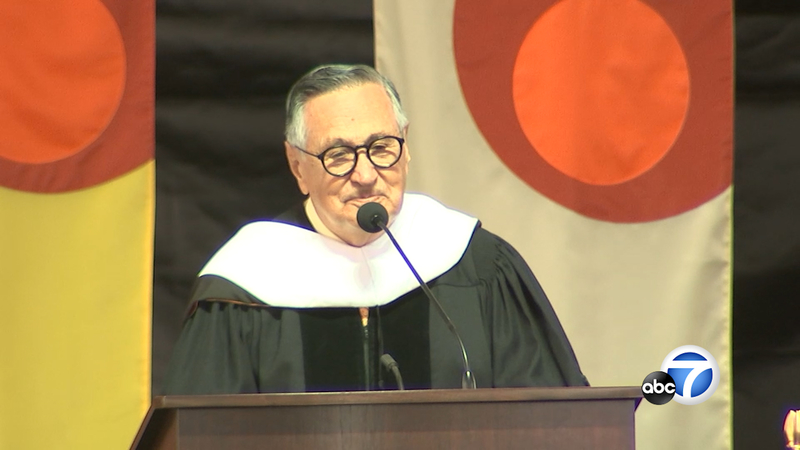 "This is a glorious day. I can enjoy it very much. I think I have gained several years to my youth because [of] seeing so many happy faces," Jarrín said.

The Ecuadorian native was recognized for his long-standing and trailblazing career that's lasted over six decades. Jarrín was also honored for his work mentoring generations of young Latino journalists.

"In this capacity, Mr. Jarrín has become a trusted source of information in the Latinx community. Moreover, he has created a space for future generations interested in pursuing a career in media," said Wenda Fong, CSU Board of Trustees chair.

Jarrín started his career in 1959 and since then he's received many awards and recognitions, like being inducted into the National Baseball Hall of Fame and into the Dodgers' Ring of Honor.

But he said one of his biggest awards is feeling he's made a difference in people's lives.

"People approach me, they stop me saying 'Mr. Jarrín, we want to thank you because thanks to you I spend more time with my grandfather,'" Jarrín said.

Jarrín is set to retire at the end of this year's season. When it comes to having a successful career, he shares this piece of advice.

"Choose exactly what you want to do. Once you have chosen that, then you have to put all your efforts in order to achieve the goals," Jarrín said.