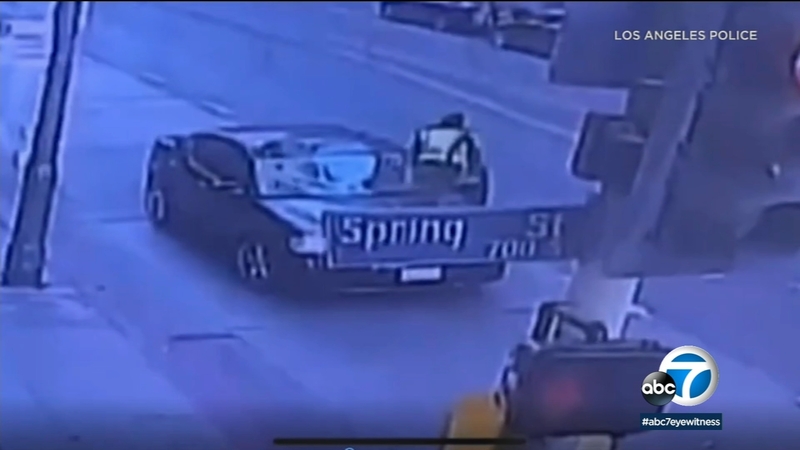 DOWNTOWN LOS ANGELES (KABC) -- The Los Angeles Police Department is seeking help in identifying the driver involved in a hit-and-run crash in downtown that was caught on camera.

Just before 7 a.m. Sunday morning, the driver of a dark-colored vehicle ran a red light, into oncoming traffic, and smashed into a man who was crossing the intersection at 7th Street and Broadway, according to the department.

Surveillance video shows the driver pulled over a block from the scene of the crash and got out to check if the vehicle had been damaged, and then continued driving.

The pedestrian was rushed to the hospital with severe injuries. Additional details about the man's condition were not immediately available.

Authorities described the driver as a "heavy-set" man or woman wearing a yellow vest. The vehicle is believed to be a dark-colored Dodge Avenger.