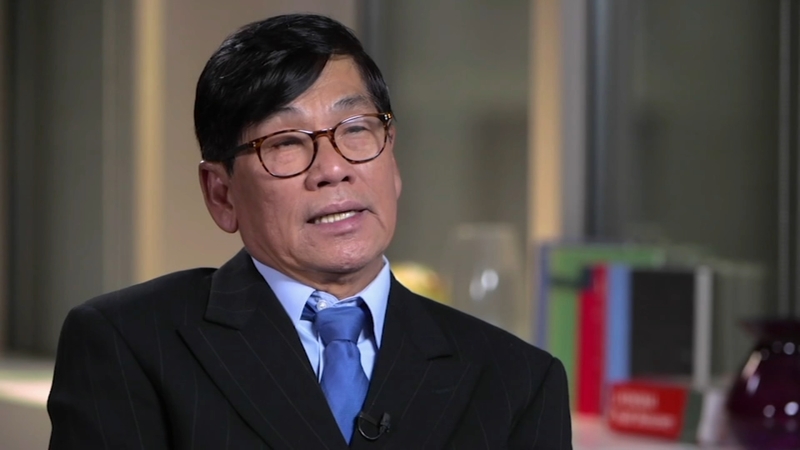 CHICAGO -- Dr. David Dao, who was dragged off a United Airlines flight at O'Hare International Airport two years ago, is speaking out for the first time ever.

Dao was removed from the plane when he refused to give up his seat on the overbooked flight.

A Facebook video appears to show a passenger being forcibly removed from a United Airlines flight Sunday evening at O'Hare International Airport.

The image of Dao on his back with his face bloodied touched a nerve with a lot of passengers. The incident led to protests, legal action, and eventually rule changes at United.

On Tuesday's Good Morning America, Dao spoke for the first time about the encounter at O'Hare seen worldwide. At first, he had no idea the video had gone viral.

"Have you watched the video?" GMA's Amy Robach asked him.

"Few months later, after I get my cell phone back, my iPhone back, the first reaction is, I just cried," Dao said.

"You can hear you screaming in pain," Robach said.

Dao was pulled from his seat by Chicago Department of Aviation officers, smacking his face on an arm rest.

"You had paid for that seat?" Robach asked.

"You were sitting in that seat?" Robach asked.

RELATED: Who is the Kentucky doctor dragged from the United plane?

His face bloodied and glasses broken, Dao was dragged down the aisle of the United Airlines jet. He said he doesn't remember that part.

His family said he suffered a concussion and broken nose.

"Do you remember how quickly things escalated?" Robach asked.

"Were you expecting it to get physical at any point?" Robach asked.

"When it became physical, when they went to grab you, what went through your mind in that moment?" Robach asked.

"They pulled me out of the seat and I said I didn't know anything. Until I wake up in the hospital and they try to fix me," Dao said.

Dao had refused to be bumped from the Louisville-bound flight for a United crew member. He said he had been heading home to open a free clinic for veterans.

After the incident, Dao's daughter spoke at a press conference on her father's behalf.

"What happened to my dad should not happen to any human being regardless of circumstance," she said.

United CEO Oscar Munoz later sparked further uproar when he called Dao "disruptive" and "belligerent" in a leaked email to employees. He appeared on GMA to apologize.

"This could never, will never, happen again on a United Airlines flight," Munoz said.

The airline instituted new rules, including never removing boarded passengers unless for safety or security concerns.

Two aviation department officers were fired, and a third resigned. One of the officers filed a lawsuit against the city and United, saying he was never properly trained to deal with such an incident.

After the video came out, Dao's personal life was put under a microscope, including a once temporarily suspended medical license.

"How did you handle all of that attention?" Robach said.