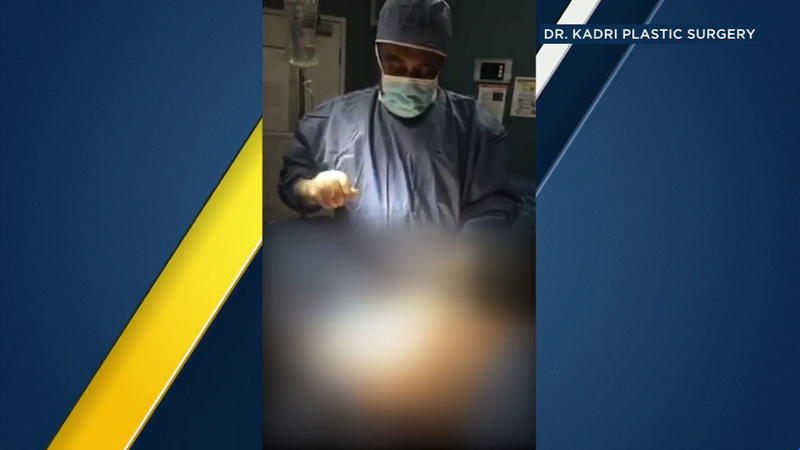 BEVERLY HILLS, Calif. (KABC) -- A massive data breach at a high-end SoCal plastic surgery clinic to the stars has put the privacy of thousands of patients at risk.

The breach happened in early May, when Dr. Zain Kadri's surgery center was transferring paper records to digital files, according to the center's operations manager.

The clinic has offices in Beverly Hills, Huntington Beach and Palmdale.

Clinic representatives are blaming a fired contracted employee, saying she stole financial information as well as photos of unconscious patients during surgeries - some of which were posted to Snapchat, Instagram and Facebook.

The clinic said the employee quit in a fit of rage on May 13 when she was questioned regarding thefts and embezzlement. The clinic alleges that ever since the employee was hired in September 2016, she stole patients' credit and debit card information, took their usernames and passwords and recorded conversations.

As many as 15,000 patients may be impacted in total, and some may be celebrities. In addition to California, patients in Arizona, Colorado, Florida, Hawaii, Illinois, Iowa, Louisiana, Massachusetts, Minnesota, Missouri, Nevada, North Dakota, Oregon, New York, Texas and Virginia were also impacted, according to a press release from the clinic.

In addition, patients in Bulgaria, France and the United Kingdom are also impacted by this breach, the press release stated.

The clinic's staff is now racing to alert patients about the data breach.