Hanukkah: Everything you need to know about playing dreidel 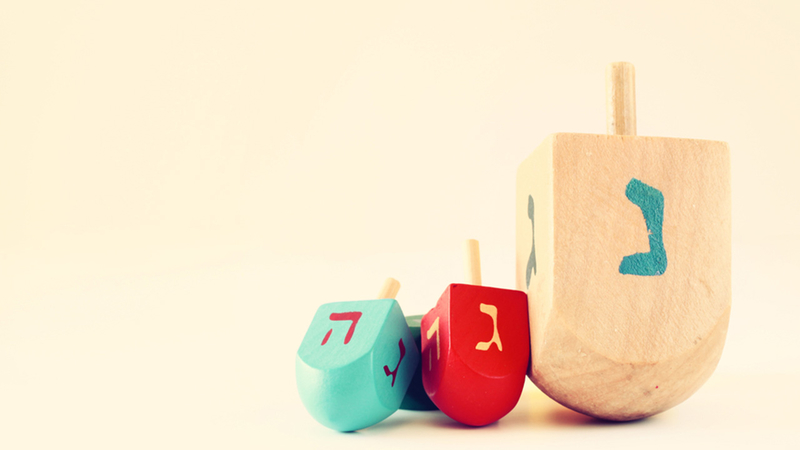 Everything you need to know about playing dreidel

Regardless if you're celebrating Hanukkah or not, it's always fun to partake in a game of dreidel. Here's what you need to know about playing this festive Hanukkah activity.

What is a dreidel?

A dreidel is a spinning top with four sides, each inscribed with a letter of the Hebrew alphabet. The Hebrew letters inscribed on a dreidel are a Nun, Gimel, Hey or Chai, and Shin. The letters form an acronym for the Hebrew saying Nes Gadol Hayah Sham, which can be translated to "a great miracle happened there," referring to the miracle which Hanukkah is centered around.

What is the significance of the dreidel?
According to Chabad.org, Jewish traditions rates that the dreidel dates back to when the the Holy Land was under Greek-Syrian rule and the Maccabean revolt which is celebrated by the holiday of Hanukkah. At that time, learning Torah was outlawed and a crime viewed as punishable by death, resorting to Jews hiding in caves to study. If they heard a Greek patrol near by, the Jews would hide their Torah scrolls and pretend to be playing a game with dreidels instead.

How does one play dreidel?

Dreidel is commonly played in a group setting, with each player starting with an equal number of game pieces. Those game pieces could be items including chocolate Hanukkah gelt (chocolate wrapped in gold foil that looks like a coin), other candy, or any items the players choose to contribute. Each player contributes from their game pieces to a collective pot, which portions or all of it can be won depending on what Hebrew letter the dreidel lands on.

The game can continue until all of the items in the collective pot are won, or as long as the players feel like playing.

What other ways can a dreidel be used?

Aside from the common method played during Hanukkah, many have tried to see how long they can spin their dreidels, or finding other unique ways to spin the device. Dreidel spinning has grown in popularity in recent years, with an organization called Major League Dreidel hosting dreidel tournaments in the New York City area around Hanukkah time each year. In 2009, Good Morning America covered a burgeoning "Dreidel Renaissance," where new games incorporating the dreidel have been founded.