Fire burns dozens of vehicles at junkyard near Monrovia 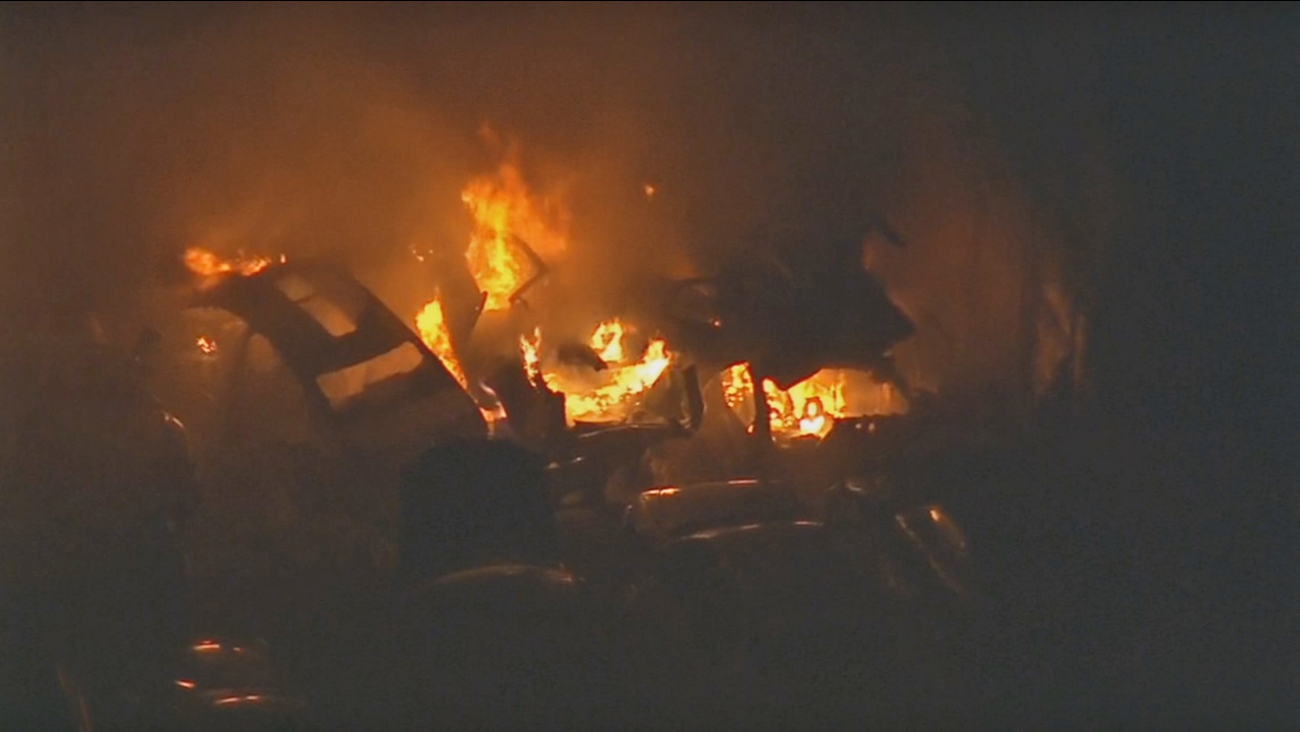 Flames burn several vehicles at a junkyard in the 2400 block of Citrus View Avenue near Monrovia on Monday, Nov. 2, 2015.

MONROVIA, Calif. (KABC) -- As many as 40 vehicles burned as flames raced through a junkyard in an unincorporated area near Monrovia Monday night, according to the Los Angeles County Fire Department.

The fire broke out shortly after 7 p.m. in the 2400 block of Citrus View Avenue.

Between 100 and 200 vehicles were saved due to crews' quick and aggressive firefighting actions, according to fire officials.

No one was injured. The cause of the fire was under investigation.