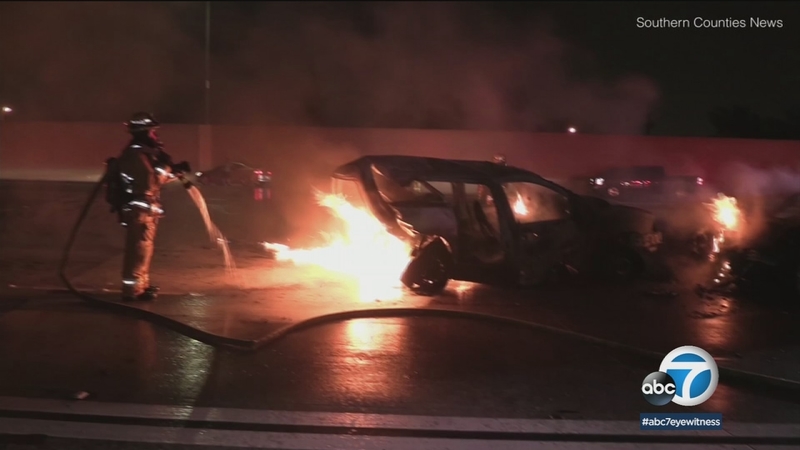 NORWALK, Calif. (KABC) -- Two people died and three were injured in a fiery crash on the 605 Freeway in Norwalk early Monday morning.

One man was arrested on suspicion of DUI at the scene, authorities said.

The crash was reported shortly after 1 a.m. on the northbound 605 at Rosecrans Avenue, according to California Highway Patrol.

The DUI suspect driving in a car reportedly rear-ended a minivan, which caused both vehicles to catch fire, CHP said.

One male victim managed to escape from the burning wreckage, but collapsed and died on the side of the freeway. A female victim died inside the van. Good Samaritans unsuccessfully attempted to assist both of them.

"It is a 100 percent avoidable," CHP's Raquel Stage said. "There are so many rideshare services, Uber, Lyft, family members. One bad decision can cause so much chaos.

All lanes were reopened around 6 a.m. after a SigAlert initially shut them down immediately following the crash.