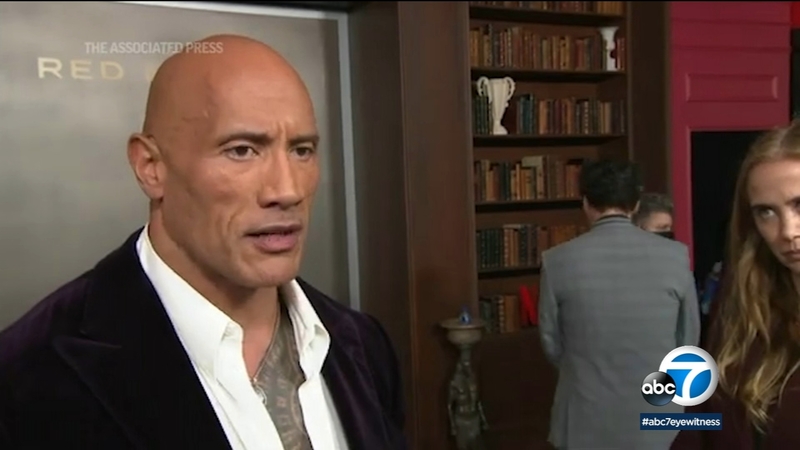 Dwayne Johnson vows to not use real guns on set

Dwayne "The Rock" Johnson is pledging not to use real guns on the set of all movie and television projects under his production company.

"We will not use real guns ever again. We are going to be using rubber guns and we'll take care of it in post. We won't worry about the dollars, we won't worry about math or what the cost is. I think we're going to do it the right way," Johnson said Wednesday night during the premiere of his new film "Red Notice."

His remarks come two weeks after the shooting on the set of the movie "Rust" in New Mexico. Cinematographer Halyna Hutchins was killed and director Joel Soulza was wounded when actor Alec Baldwin fired a live round of ammunition from a prop gun.

Johnson's company, Seven Bucks Productions, has produced a number of his films, including "Jumanji: Welcome to the Jungle" and "Jungle Cruise."