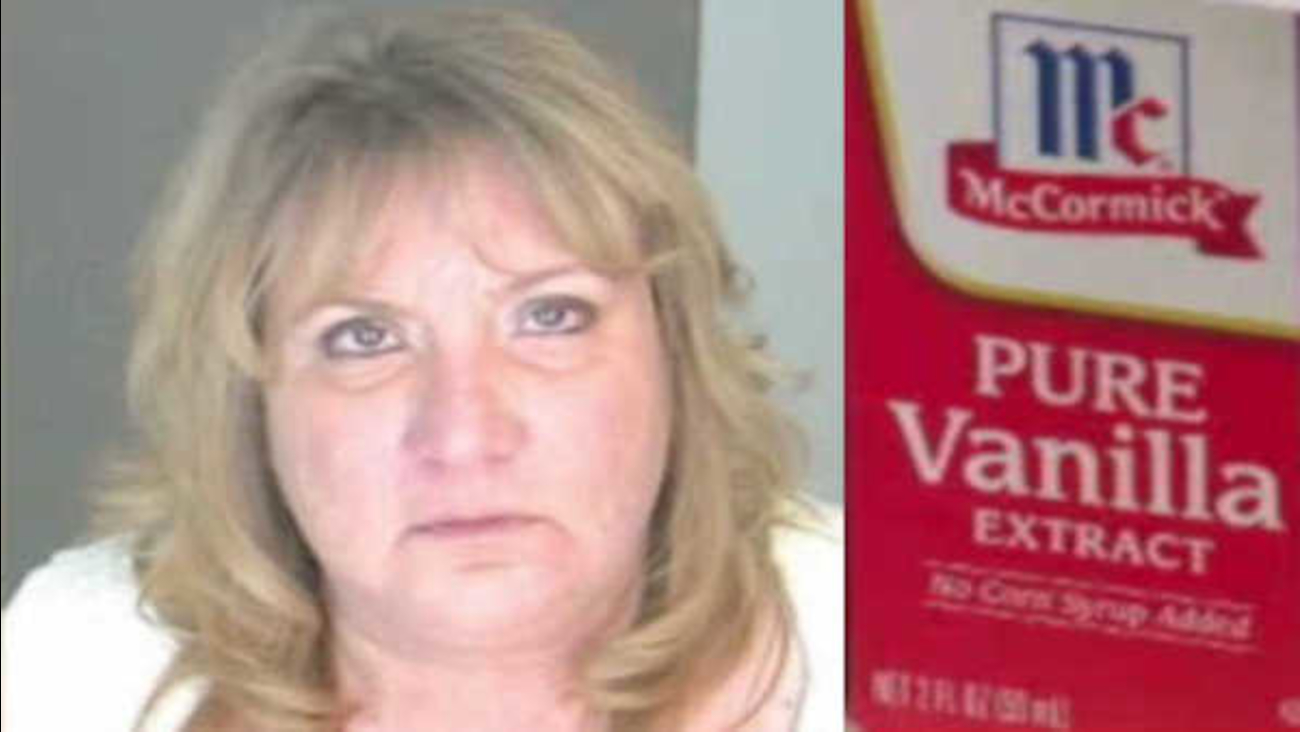 Carolyn Kesel of Seneca Falls was arrested for driving under the influence after drinking vanilla extract that contained 41 percent alcohol.

MACEDON, N.Y. -- A woman was arrested in Western New York after police say she was behind the wheel - drunk on vanilla extract.

Police say Carolyn Kesel of Seneca Falls was driving erratically in the parking lot of a Wal-Mart in Macedon in Wayne County.

The woman apparently told police she had gotten lost on her way home.

Police say she was drinking vanilla extract that contained 41 percent alcohol. That's similar to the alcohol content of vodka and gin.