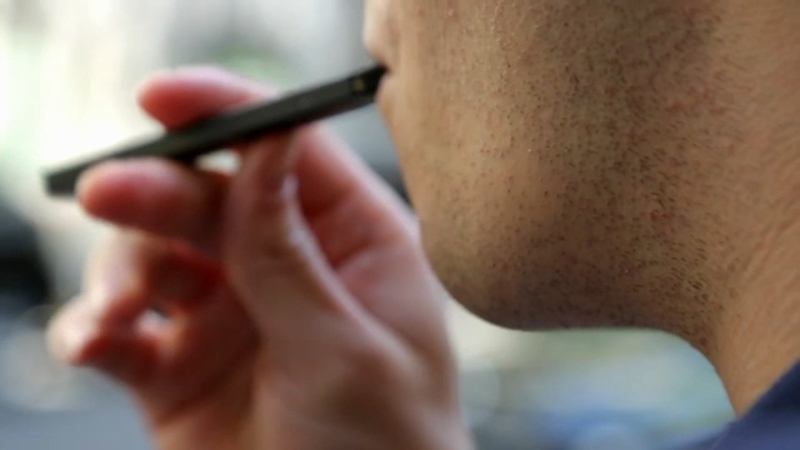 Feuer wants to crack down on flavors used for vaping

LOS ANGELES (KABC) -- Los Angeles City Attorney Mike Feuer wants to put a stop to the sale of flavored liquids that are used for vaping.

"Cereal flavors, candy flavors, fruit flavors....skittles and gummy bears. Who are they designed to appeal to?" Feuer asked.

An investigation into the first known death in Los Angeles County related to the use of e-cigarettes, is shining a light on the issue better known as vaping.

"We have a real crisis when it comes to our kids," Feuer said. A 2017-2018 statistic shows a 78% increase in the number of high school students who vape. One in every five students vapes, according to Feuer. "This is not an accident - there is marketing to kids," he said.

Feuer said "We should have learned something from tobacco. Our nation got addicted to tobacco especially targeting kids. The vaping companies have done of a good job of circumventing those rules to the detriment of public health and public safety and our economy and it's time to put a stop to the sale of those flavored liquids."

California considered stopping the sale of liquids "then the vaping interests got all over state legislators and watered down the legislation. Los Angeles should do it. The county is thinking of this for next week, the city should follow suit," Feuer commented.