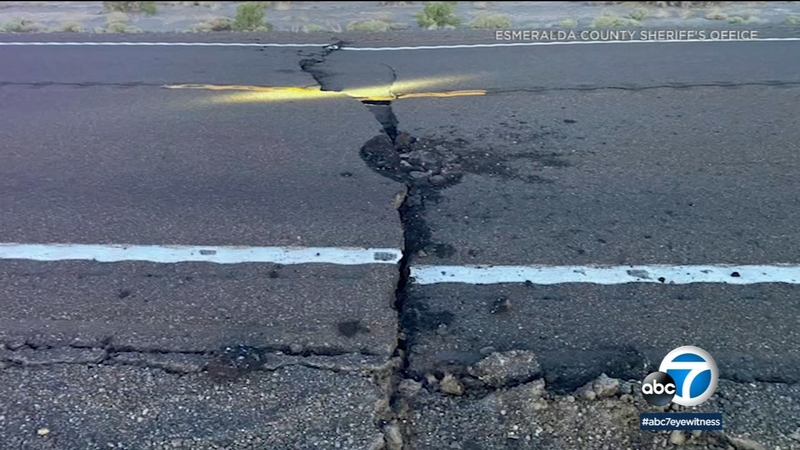 TONOPAH, Nevada (KABC) -- A powerful 6.4-magnitude earthquake that hit a remote area of western Nevada Friday morning was felt as far away as California's Central Valley and other parts of the state.

The U.S. Geological Survey said the earthquake struck around 4:03 a.m. about 35 miles outside Tonopah, east of the Sierra Nevada range and roughly three hours from Las Vegas.

The quake's depth was estimated to be 4.7 miles deep.

The USGS also reported several aftershocks in the western Nevada area, including a 5.1 temblor and several others measuring between 4.0 and 5.0.

People in California and Salt Lake City, Utah tweeted that they felt the quake.