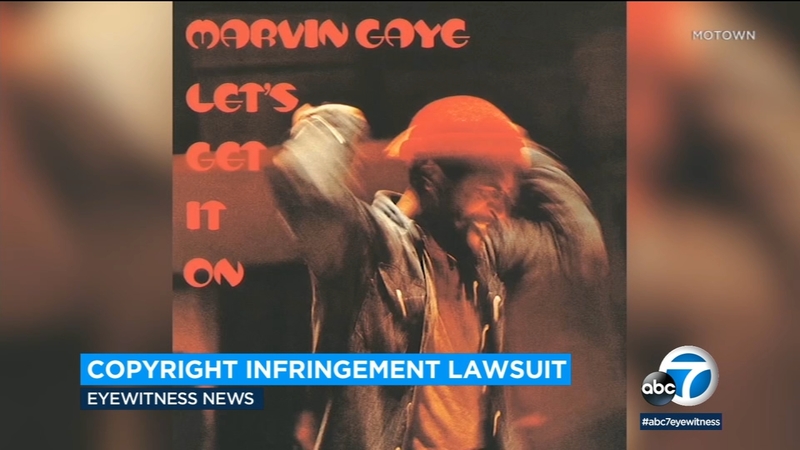 LOS ANGELES (KABC) -- Marvin Gaye's "Let's Get It On" is considered one of the most iconic, sexiest songs of all time, remaining popular to this day.

The 1973 hit was co-written by Ed Townsend. In 2016, Townsend's family filed a lawsuit against pop music superstar Ed Sheeran, also repped by Sony, accusing the artist and Sony/Atlantic Records of copyright infringement.

The lawsuit accused Sheeran of lifting the melody, harmony and rhythmic components from Gaye's track for Sheeran's hit, "Thinking Out Loud."

In front of Sony Records in Culver City Tuesday, Ed Townsend's daughter was joined by her attorney and music legend George Clinton of Parliament-Funkadelic to demand black artists get their fair share.

"Theft and bullying has been the only priority of the record labels' agenda. It stops today, Sony, Atlantic and all the rest of them. We're coming for our 40 acres and a mule plus and interest. And know that we're not going to be silent. It don't stop till my casket drop," said Kathryn Townsend.

"Theft of the music is the new sharecroppers," said George Clinton. "Not only do they take the music and the land back, they take the 40 acres and the mule back. They get it all from the money that's being made from IP (intellectual property). So the artists don't have a chance. I have 20 artists in my band who never got paid for all those samples you heard."

Sheeran responded to the suit when it was first filed, reportedly claiming the chord progressions and drum patterns for "Let's Get It On" were extremely commonplace, in the public domain and unprotectable.