The state says it has nearly 6,900 EDD claims backlogged.
KABC
By Rob Hayes 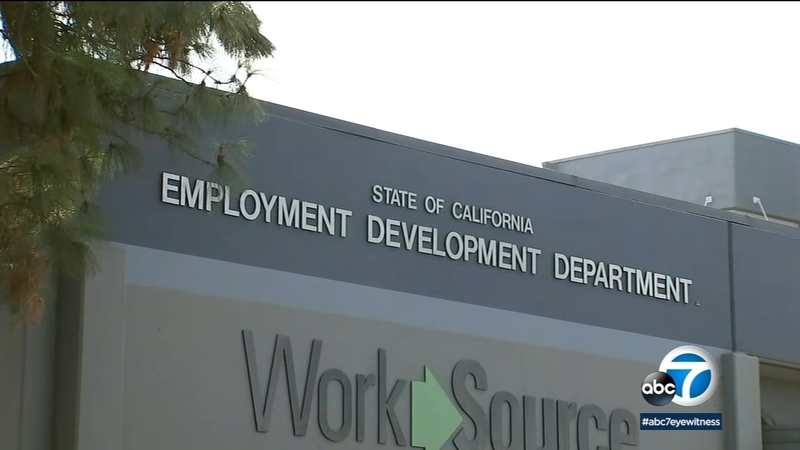 LOS ANGELES (KABC) -- When Kristina Cole brought her second daughter into the world last year, she was swamped with cards, gifts and kind words. What she has not received are the California Employment Development Department payments promised to people on disability.

The 41-year-old qualifies for disability because she had a C-section birth. Her first EDD claim dates all the way back to mid-December. In the time since then, she says she and her husband have made about 50 calls to the EDD helpline.

All but one ended, Cole claims, with the automated system disconnecting her. Cole said the one time she actually spoke with a person, she was told the checks are on the way.

"That was probably about three weeks ago," Cole told Eyewitness News.

The Department of Labor has agreed not to make workers repay benefits they received by mistake, as long as they were not obtained by fraud.

No checks have arrived. The EDD website points out the agency's achievements.

It says nearly 82% of claims filed are paid within one week of certification, and that California has paid out $180 billion in benefits in roughly the last two years

But the website also says it has nearly 6,900 EDD claims backlogged.

Individuals impacted by the benefits suspension should have been notified by mail. But Cole said the one representative she spoke with on the phone assured her that her paperwork was all in order.

"They show me as being eligible and approved, but there are no payments coming through," she said.

Earlier this week, the state Legislative Analyst's Office released a report that focused on EDD fraud, finding that as much as $1.3 billion in EDD funds were illegally collected during the pandemic, though that number could be as low as $100 million.

Regardless, the legislative analysts found those numbers created "...a culture of allowing fear of fraud to trump all other considerations..."

Cole and the thousands of others waiting for EDD checks may be entwined in that "fear of fraud" culture, stanching the flow of much needed income.

"I can't even imagine what it's like for people who are living paycheck to paycheck," Cole said.