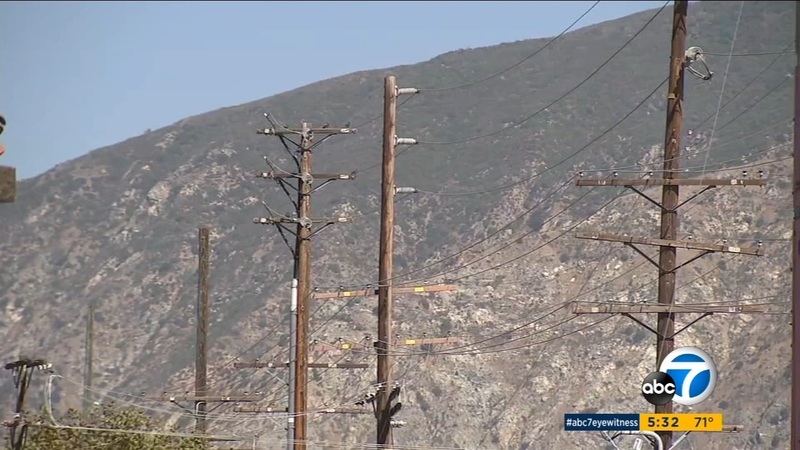 PG&E is facing amplified criticism from California's utility regulator and Gov. Gavin Newsom after it shut off power to an estimated 2 million people in Northern and Central California last week in an attempt to prevent its lines from starting a wildfire.

Newsom criticized PG&E for its performance during the outage, blaming what he called decades of mismanagement, underinvestment and lousy communication with the public. On Monday, he urged the utility to compensate affected customers with a bill credit or rebate worth $100 for residential customers or $250 for small businesses.

Newsom said the shutoffs affected too many customers for too long, and it is clear PG&E implemented them "with astounding neglect and lack of preparation."

"We're seeing a scale and scope of something that no state in the 21ist Century should experience. What's happened is unacceptable," Newsom said.

RELATED: PG&E says more than half of California customers impacted by outages have now been restored

The California Public Utilities Commission also issued sanctions against the utility company for what it calls "failures in execution."

Meanwhile, in Southern California over 20,000 customers were left without power, prompting many to wonder whether the preemptive power shutoffs are the new normal during extreme fire weather conditions.

"We look at the conditions on the ground. Is there a lot of dry vegetation? Is there a situation where the humidity level is so low that any sort of spark could cause a major catastrophic fire?" said Southern California Edison spokesperson Robert Villegas.

Villegas said the company installed over 400 weather stations within their service territory, as well as high-definition weather cameras.

While the company is working on updating its equipment, it does consider some power outages necessary.

Whether the new normal or not, he added that they contact customers ahead of time, especially those who are at greater risk.