ANAHEIM, Calif. (KABC) -- An arrest was made Saturday in the brutal beating of an 83-year-old man in Santa Ana.

After receiving tips, police arrested Demarrea Chante Barnes, 29, in Anaheim. They believe he is a transient.

Tuyen Nguyen was on his daily walk to get a newspaper and coffee at a restaurant in the 5000 block of West Edinger Avenue at about 6:10 a.m. Friday, when he was attacked without warning in the parking lot. The assault was caught on surveillance video.

The victim was transported to a hospital and was last listed in critical condition. He suffered a brain hemorrhage and broken eye socket. 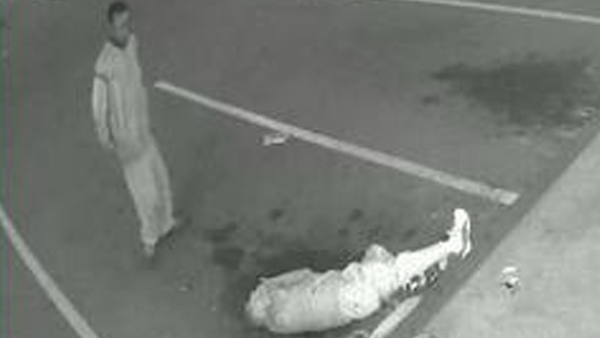