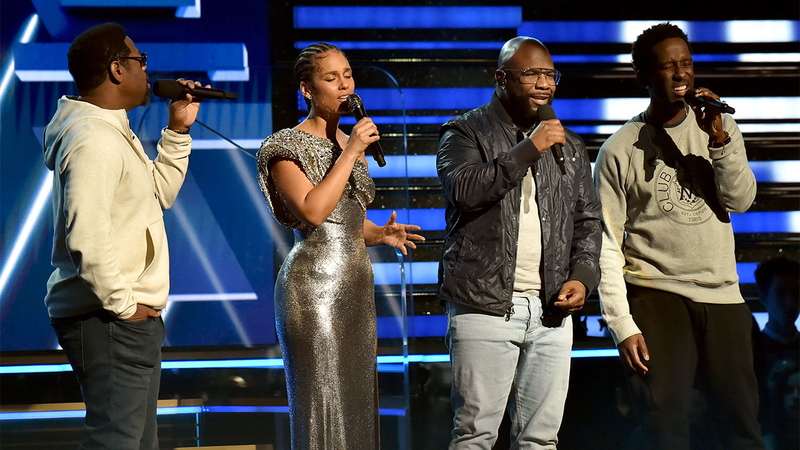 LOS ANGELES -- The music industry was in mourning at the 62nd Grammys Sunday evening, just hours after Kobe Bryant and his daughter died in a helicopter crash in Southern California.

Lizzo kicked off her Grammys performance, the first of the evening, by dedicating her rendition of "Truth Hurts" to Bryant, saying, "Tonight is for Kobe. I'm crying because I love you."

Host Alicia Keys then took the stage, acknowledging to the audience at the Staples Center in downtown Los Angeles that they were "literally standing here heartbroken in the house that Kobe Bryant built."

She continued: "Right now, Kobe and his daughter Gianna and all of those that have been tragically lost today are in our spirit. They're in our hearts. They're in our prayers. They're in this building and I would like to ask everybody to take a moment and just hold them inside of you."

"We never imagined in a million years we'd have to start the show like this...so we wanted to do something that could describe a tiny bit how we all feel right now," Keys added before welcoming Boyz II Men to the stage for a performance of "It's So Hard to Say Goodbye to Yesterday."

Throughout the performance, the telecast cut to teary-eyed audience members before panning to a tight shot of Bryant's retired Lakers jerseys illuminated in a spotlight on the wall of the Staples Center. His two jerseys will remain lit throughout the Grammys, according to the Recording Academy.

Keys then implored the audience to "join together and do what we do in happy times and challenging times" and "make sure that we are celebrating the most powerful energy, the most beautiful thing in the world, the one thing in the world that has the power to bring all of us together, and that's music."

Lil Nas X and Billy Ray Cyrus later made references to Bryant during their performance of "Old Town Road." Joseph "Run" Simmons" held up a Bryant jersey during Run-DMC's performance of "Walk This Way" with Aerosmith.

Later in the show, John Legend, Meek Mill, Kirk Franklin, Roddy Ricch and YG participated in a tribute to late rapper Nipsey Hussle ended with photos of Hussle and Bryant on a large screen the performers. 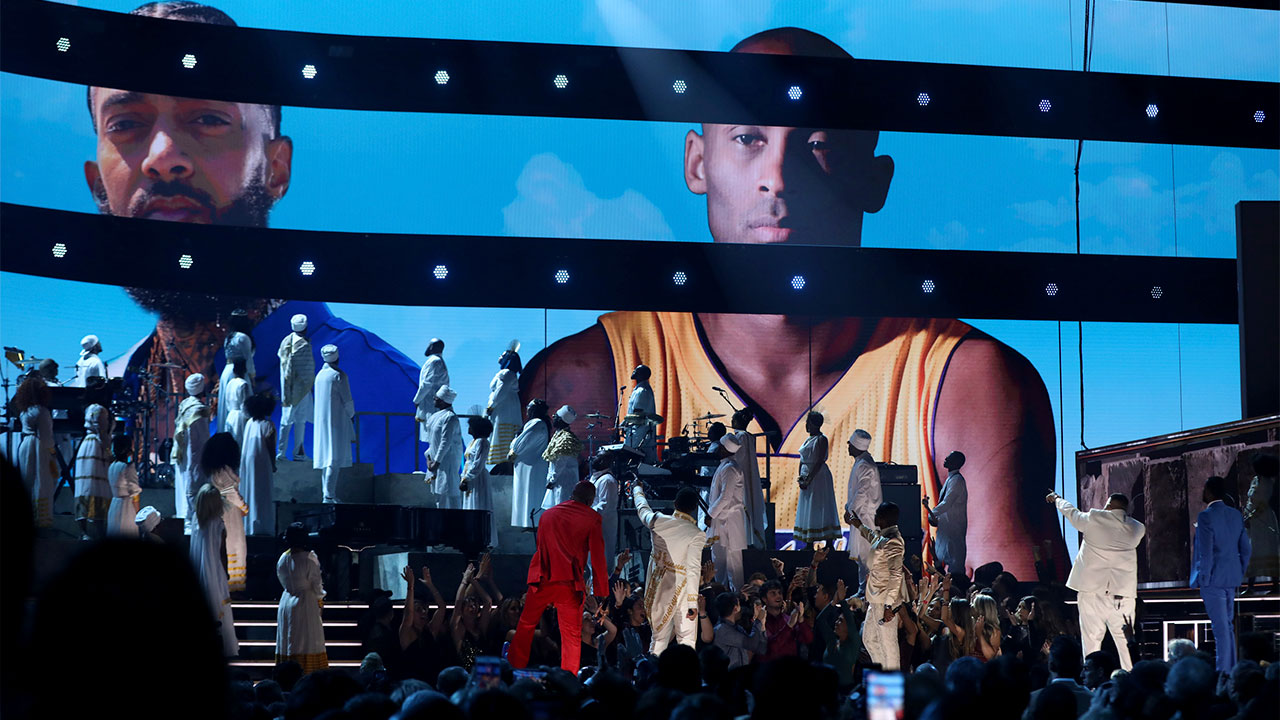 YG, from left, John Legend, Kirk Franklin, DJ Khaled and Meek Mill point to a screen showing Nipsey Hussle and Kobe Bryant during a tribute at the 62nd Grammy Awards.

Before the televised portion of the show kicked off, the Grammys pre-telecast ceremony opened with a moment of silence for Kobe Bryant.

Interim Recording Academy CEO Harvey Mason Jr. opened the ceremony where dozens of Grammys are handed out before the main show, telling attendees, "As most of you may know, we lost Kobe Bryant in a tragic helicopter accident today."

"Since we are in his house, I would ask you to join me in a moment of silence," Mason said. 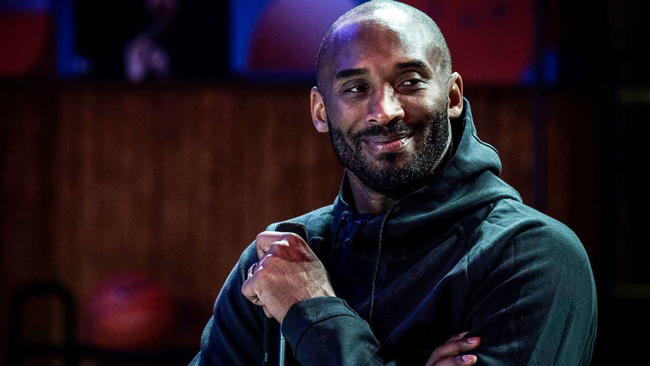