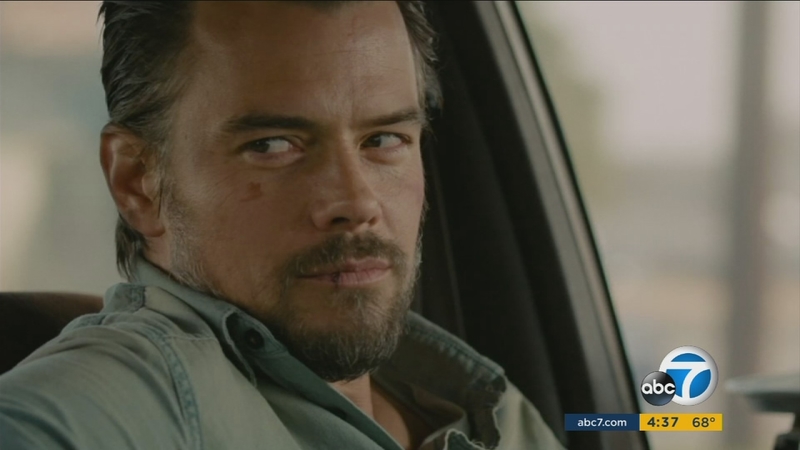 Josh Duhamel talks latest role in 'Lost in the Sun'

LOS ANGELES (KABC) -- Actor Josh Duhamel returns to the big screen this week in the dramatic new movie, "Lost in the Sun."

In the film, a newly orphaned teenager bonds with a stranger who knew his late mother.

The boy accepts a ride to his grandparent's home where he's going to live, but the ride quickly becomes an adventure because the teen is travelling with a small time crook.

Duhamel said he was thrilled to get the opportunity to play someone a little rough around the edges.

"This is the reason I got into this business is to do stuff like this," Duhamel said. "You know, I love this character. I love this story and, I mean, I read this story two years before we ever shot it and we just kept sort of grinding until we got it made."

Duhamel's character involves the young teenager in a string of robberies, and somehow, they bond in the process as they protect one another.

"He's neither good nor bad," Duhamel said. "He's like a coyote in a way. He just needs to eat and he needs enough money to get through this current situation and just find some peace."

Duhamel, who's married to Fergie, relished taking on a role in a low-budget Indie film, but said he understands he can't make everyone happy, including his mother-in-law.

"Sometimes, you know, my mother-in-law isn't going to love it. But there will be times when she does. I can't base it on that. And I love her. And she's like, 'I really like when you do the, you know, I like the romantic stuff.' I'm like, 'I can't just do that."