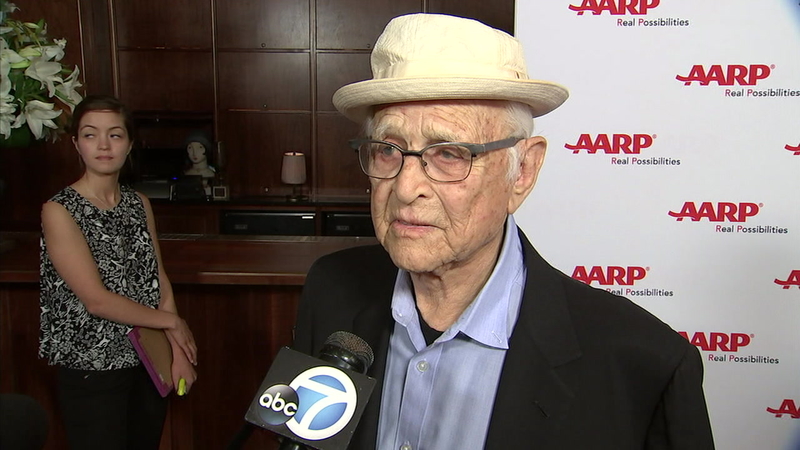 WEST HOLLYWOOD, Calif. (KABC) -- In the television world, producer Norman Lear is considered an icon, and that icon is turning 96 on Friday.

The stars of some of his classic comedies came out to celebrate the birthday a few days early and for the honor he received from the AARP.

"We were a group of people who cared about what we were doing and we worked our asses off," he said.

That's Lear's secret to hard work. He was involved in sitcoms that revolutionized television. "All in the Family" is one of his classics.

"I never thought of myself as a risk-taker at all. I was dealing with real people living real problems. I never saw any risk in that," he said.

AARP threw a party to give Lear its first ever TV for Grownups honor. It was given to him by Rita Moreno, who starred in his "One Day at a Time" reboot.

The event, which also celebrated his birthday, brought out the stars of his past shows, which include "Good Times," "The Jeffersons" and "Maude."

"There's no other producer, creative person that I can think of in the industry that's had the effect on my career, my life as much as Norman Lear," said John Amos of "Good Times."