One to watch: actress Hong Chau in 'Downsizing' 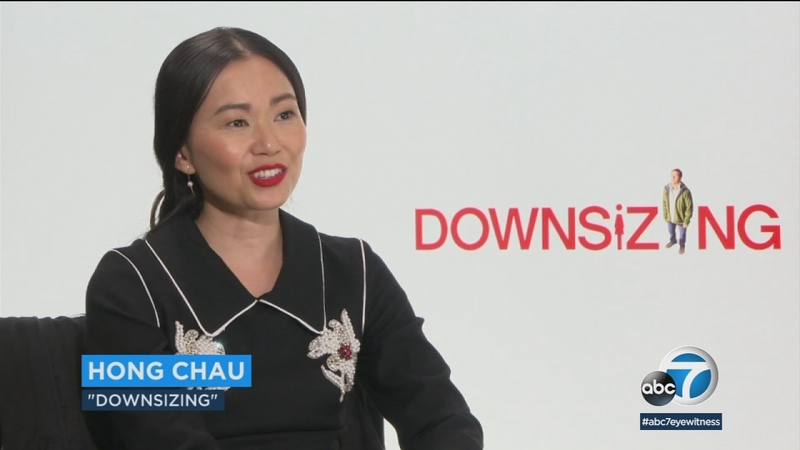 One to watch: actress Hong Chau in 'Downsizing'

You may not be familiar with Hong Chau now, but you will be soon.

Chau is bursting onto the silver screen, and she's already racking up the award nominations.

Chau plays a woman in the tiny downsized world trying to better her life and help others along the way.

But make no mistake - she's probably the toughest character in the movie.

She recalled making her pitch in her tryout for the role: "In the audition, he told me, 'I've seen a lot of women and you're the only one who's gotten the rhythm of my writing.' And I said to him, 'Well, yeah man! So hire me already! Come on, let's go!'"

Making the film, she got to work with Damon, Kristen Wiig and the rest of the talented cast and she made the most of the opportunity.

"I did a lot of homework and made sure I arrived on set prepared and ready to go," she recalled. "But they were such a supportive group of people to work with that I didn't have any problem. I felt completely relaxed and they gave me everything I needed to do my best job."

For her next project, she's working on a smaller film with first-time director Semi Chellas, based on the novel "American Woman," a finalist for the 2004 Pulitizer Prize for fiction.