"Sgt. Will Gardner" movie shows struggles veterans have when they return home 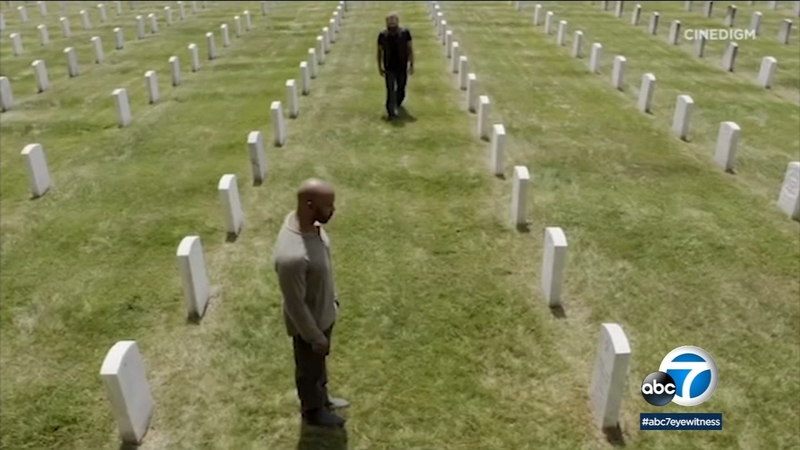 Max Martini's new movie, "Sgt. Will Gardner," takes a closer look at the struggles that many veterans face when they return home.

Martini wrote and directed the film, which follows a veteran struggling with post-traumatic stress disorder after coming home from Iraq.

This is a passion project for Martini, inspired by a conversation he had with an Army ranger in Afghanistan.

"I thought, if I make a movie that can help maintain a level of awareness and raise money for charities, it could touch some lives, and make a difference," Martini said.

While he knows other films have tackled similar subject matter, he hopes this one hits home.

"I think what differentiates our film from others about PTSD is that it's not 2 hours of watching somebody suffer. It's really a film that inspires healing," Martini said. "You're following a character's journey toward that healing state. I think it'll help inspire other veterans that are suffering - to come forward and ask for help."

In the movie, Martini plays a veteran that struggles with an issue many veterans face once they come home: feeling lost and without purpose. Part of the movie's purpose is to give back.

Many veterans were employed behind the camera in the production. And producers carefully vetted three veterans' charities - Higher Ground, Warrior's Heart and The Gary Sinise Foundation, which will all benefit from the film's proceeds.

Gary Sinise also makes an appearance in the movie.

One of Martini's happiest moments was casting veteran-turned-actor Luis Bordonada. Bordonada, who served in the Army, had always wanted to be an actor.

When he got out, he pursued his dream and took classes, but landing this role turned out to be unexpected.

Martini says they'd had someone else in mind for the part, but the casting director insisted they take a look at Bordonada.

After the audition, they knew he had to be in the film.

"We were blown away," Martini said. "He crushed it."

Bordonada says he's grateful, having faced his own challenges, including homelessness and financial problems, in his quest to figure out his purpose.

As a veteran, and the son of a Vietnam vet, he knows the sentiment expressed in the movie's tagline: sometimes the battle follows you home.

"We're all so used to not asking for help," Bordonada said. "We're used to being tough, used to never saying that we're hurting, because that's not a good thing - and you carry that out to the civilian life."

But Bordonada encourages veterans to reach out for help.

"It's gonna take time, but you're gonna be all right," he said, "There's help and there are people out there who care. So that's what makes me so proud to be a part of this movie."

Martini says there are so many veterans that need a hand and he hopes "Sgt. Will Gardner" starts the conversation and the road to healing.