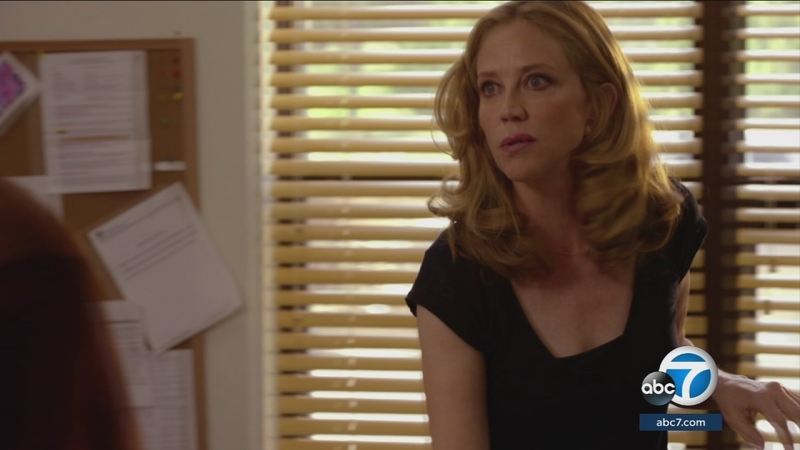 LOS ANGELES (KABC) -- Actress Ally Walker usually stars in front of the camera, but in her latest film "Sex, Death and Bowling," she stayed behind the scenes as a writer and director.

The TV star of such hits as "Sons of Anarchy," "Profiler" and "Longmire" marked her directorial debut in the film that features the story of a fractured family coming together again and of a young boy's journey as he deals with his father's terminal illness.

Walker was able to attract several familiar faces to be a part of her movie, including Adrien Grenier, Selma Blair and Drea de Matteo.

"I got very good actors and I'm so grateful to them because they didn't need to do this. They had no reason to do this film, you know, and with a first-time, you know, mom, part-time mom slash TV actress who's kind of crazy," Walker jokingly said.

Walker dedicated the film to her writing partner Rick Cowan who was also her best friend.

"He was just a great guy and his life was cut short by pancreatic cancer and he had so much more to say. He was so funny and such a good person, just a good person," Walker said.

Walker's directorial debut puts her on the short list of women who are able to get feature films released in theaters.

"I looked at the statistics and I was like, 'yeah, I worked with like six female directors over 30 years," Walker said. "It really begs the question, what's happening here, you know? And it's a shame."

Walker said she has more projects in the work.