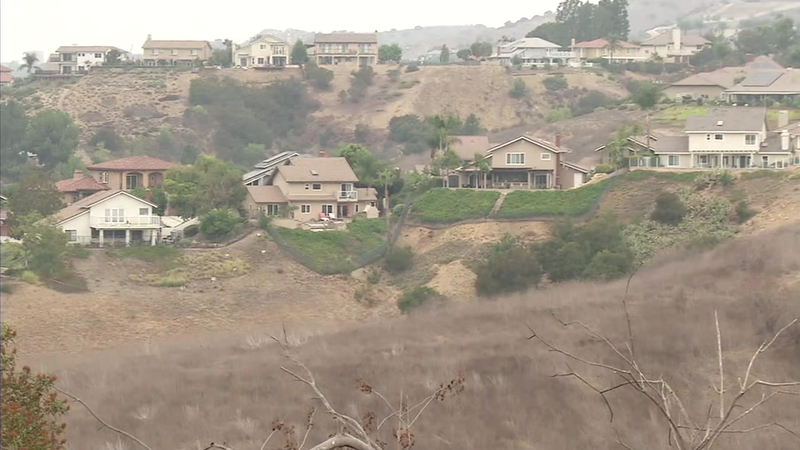 SANTA ANA, Calif. (KABC) -- The Orange County board of supervisors will once again vote on the Esperanza Hills project, a proposed community of 340 multimillion dollar homes overlooking Yorba Linda.

The project was approved by the county's planning commission and now goes before the board for approval.

Many people who live near the proposed development continue to protest the plan, citing safety concerns.

"It didn't work before. It's not going to work again, and people will die," said Brian Gass, a member of Protect Our Homes and Hills.

The board has already approved the project twice in the last three years. The group of residents has brought up issues with the project and taken them to court. A lower court, then an appellate court, overturned the approval.

Those against the project are most concerned the community will have only one road in and one road out.

"Inevitably, plans go out the window, and so cars were four across leaving on various roads out of here, it was just havoc," said Gass.

He is talking about traffic during the devastating 2008 Freeway Complex Fire, which burned near the site. He and many others are worried having one access point for residents and one emergency road will create gridlock during an evacuation. The access road feeds directly into one neighborhood street, then onto Yorba Linda Boulevard, a road that was also gridlocked during the Canyon 2 Fire. The group plans, once again, to bring the issues before the board.

"We have to rely on the one entity that is our experts, if there's one thing that they do for a living, that is fire prevention and firefighting," said supervisor Andrew Do.

The Orange County Fire Authority has said before that the plans meet all local and state requirements. The developer, Douglas Wymore, also plans to use fire-resistant materials, install sprinklers in homes and create defensible space between homes.

The area is in supervisor Todd Spitzer's district, and he has been the lone dissenting vote. He said these steps are not enough.

"This is a tinderbox, this is a set of matches just waiting to be burned. People are not going to be able to evacuate, and that's my biggest fear," said Spitzer.

Wymore did not return calls or messages for comment. Gass and his neighbors plan to keep fighting the project and continue asking for another road in and out of the community, or a downsized proposal.

"Just because you can come in and buy a piece of property, that doesn't mean that it's going to be safe for the community," Gass said.