KABC
FULLERTON, Calif. (KABC) -- Family members of the driver in a suspected DUI crash that left 10 people injured in Fullerton are expressing sympathy for the victims and saying the suspect was fleeing from gang members when the collision happened.

Police say the suspect, 22-year-old Christopher Solis of Anaheim, was under the influence of drugs when he allegedly plowed his Toyota Tacoma into a group of people on the sidewalk in downtown Fullerton early Sunday morning.

The crash left nine pedestrians plus a passenger in his vehicle hospitalized with serious injuries.

One of the injured pedestrians was 21-year-old Christine Navarro, who was pinned under the truck, leaving her with a dislocated hip, broken rib and back fractures.

Cellphone video shows good Samaritans trying to lift the truck off some of the victims at the scene.

At that time of night, when the bars are letting out, there are typically hundreds of people out on the sidewalks in that area.

Police say given the size of the crowds, it's actually a "blessing" that only nine people were injured and that no one was killed.

"It was a blessing that only nine did get hurt," said Fullerton police Lt. Jon Radus. "Nine is always too many and it's a jarring number but we're grateful that all are going to be OK. They're going to survive."

The mother and brother of Solis spoke to Eyewitness News about the incident.

"My son's not a monster," said Lily Solis.

She said she feels sympathy for those who were injured.

"It's very difficult," she said. "My heart goes out to the parents and the victims. I pray for their recovery."

The suspect's brother, Jose Barajas, said Christopher described for him what happened. He said gang members were attacking him, trying to take his laptop and vehicle:

"'The guys were beating us up,'" his brother told him.

"They tried to yank him out of his car. They surrounded the car. He tried to take off. He hit the first car and the airbags deployed."

After that, he lost control of the truck and plowed into the crowd on the sidewalk.

"It was determined after a drug recognition expert did an evaluation that he was under the influence of drugs at the time of the collision and impaired for the purpose of driving," Radus said.

But Barajas claims his brother passed a field sobriety test and had not been drinking or using drugs. He says his brother is remorseful and in shock.

"What happened is a sad tragedy. I feel sorry for all the people. But he was a victim, too. It was an accident."

He was being held on $100,000 bail and has a first court appearance scheduled for Wednesday. 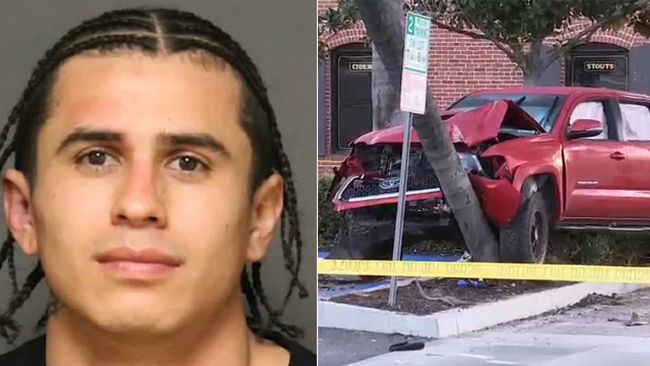 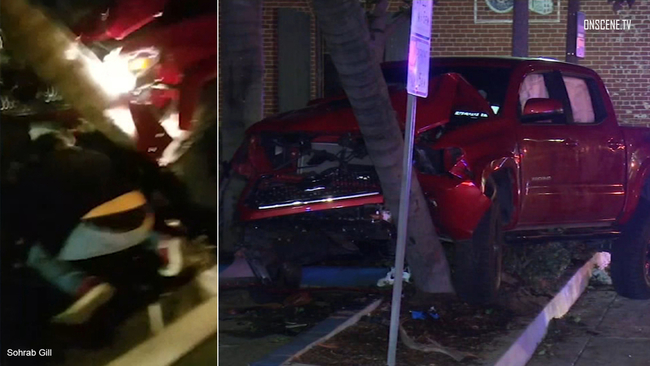