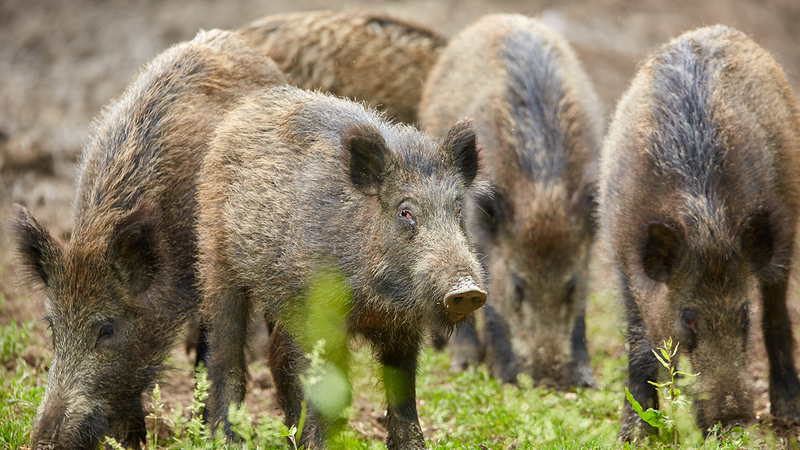 What to do if you're attacked by feral hogs

The feral hog population is rising across the country, leaving many officials bracing for the billions in damage they cause annually.

According to the U.S. Department of Agriculture, there are about 9 million feral hogs in the country, and that number is ballooning.

The USDA says the hogs cause an estimated $2.5 billion in damage in the U.S. each year.

According to the Texas Parks and Wildlife Department, the gestation period for feral hogs is around 115 days, with an average litter size of four to six hogs. However, under good conditions, they may have 10 to 12 young.

TPWD says most sow, or birthing hogs, only have one litter a year, but are capable of having two. They become capable of breeding at just six months of age.

"To go from a thousand to two thousand, it's not a big deal," Nolte told The Atlantic. "But if you've got a million, it doesn't take long to get to four [million], then eight million."

Feral hogs create a large amount of damage due to the fact that they compete directly with livestock as well as game and nongame wildlife species for food, according to TPWD.

They use rooting and trampling activity for food, causing damage to agricultural crops, fields, and livestock feeding and watering facilities.