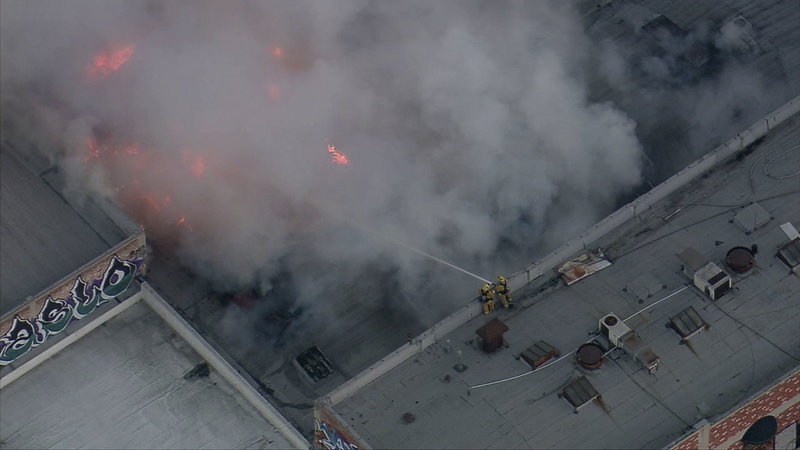 The blaze raged through the roof of the building as several firefighters of the Los Angeles Fire Department went into defensive mode to put an end to the flames.

Smoke was seen coming out of the building. Firefighters were on surrounding building roofs, battling the fire.

Firefighters appeared to have extinguished a majority of the flames shortly before 6:30 p.m. A knockdown was confirmed at about 7 p.m.