It took about 200 firefighters to get the blaze under control. According to an employee, a barrel of hand sanitizer exploded and prompted the fire.

CARSON, Calif (KABC) -- After an hours-long battle on Thursday, a massive 3-alarm fire at a distribution center in Carson is under control, according to fire officials.

It started around 2 p.m. near S Avalon and E Alondra boulevards. An employee told ABC7 a barrel of hand sanitizer exploded and believes it prompted the fire.

The official cause of the fire has not been released.

Video from above the fire at its peak showed the flames being fueled by hundreds of burning pallets.

Fire officials confirmed to Eyewitness News that some of those pallets were packed with a variety of items, including products made with rubbing alcohol. They say the distribution center consists of several floors, all stocked with different items.

The employee said once he saw flames, he immediately started telling others to get out.

"We were out back, unloading trailers, and we heard one big explosion," he said. "It was a barrel exploding. We then looked back and saw a whole bunch of flames."

According to a tweet posted by the Los Angeles County Fire Department, there were a total of about 200 firefighters working to put the fire out.

"While no evacuations are needed, residents are recommended to stay indoors and close their windows due to the heavy smoke in the air. Please stay safe!" she wrote. 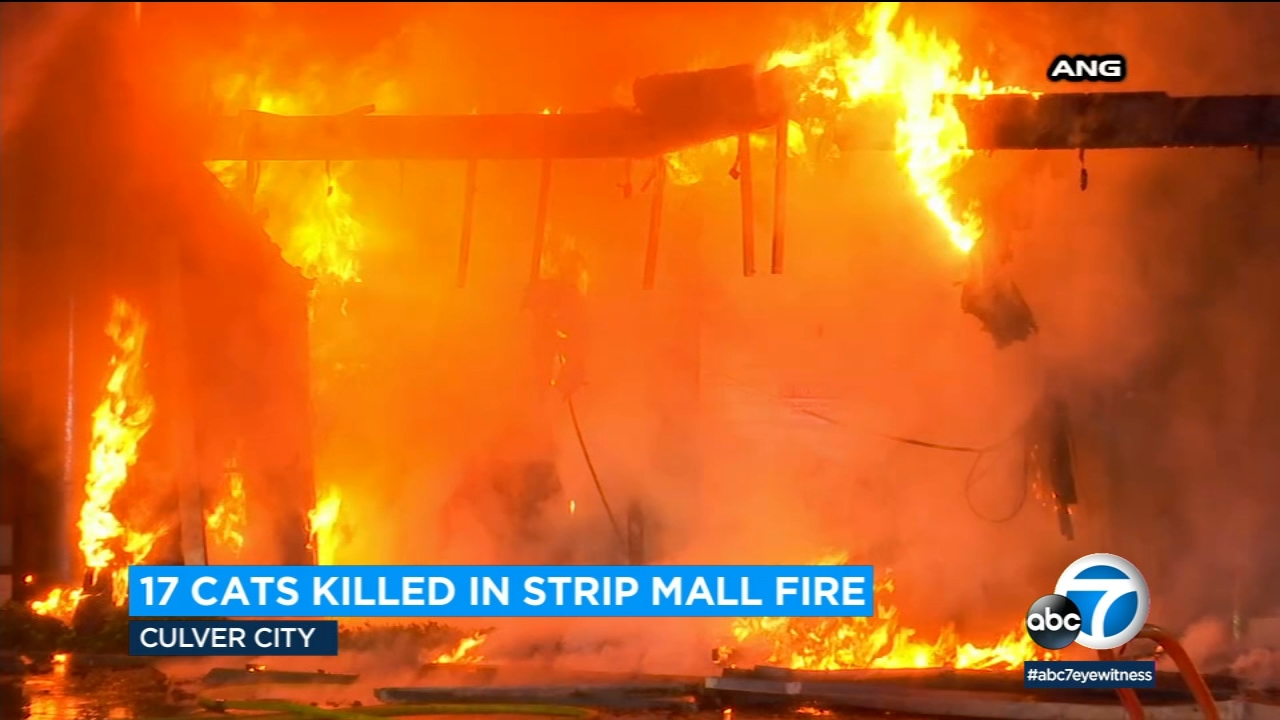 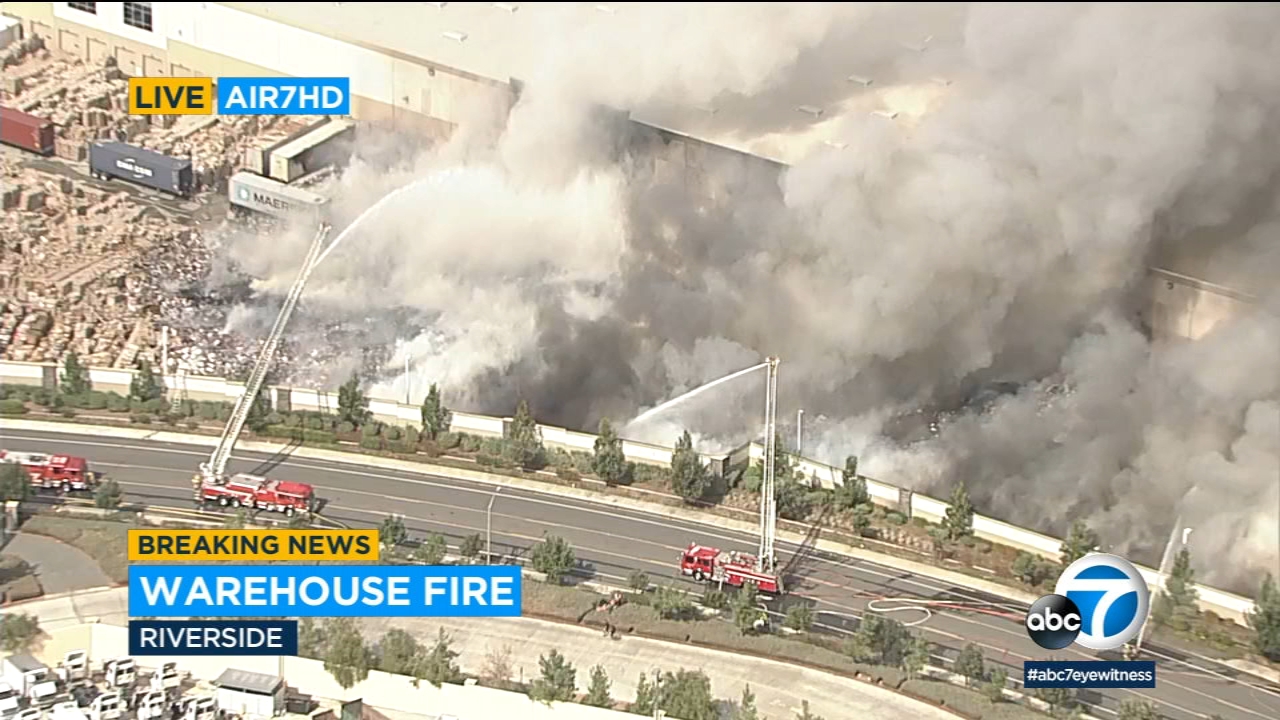 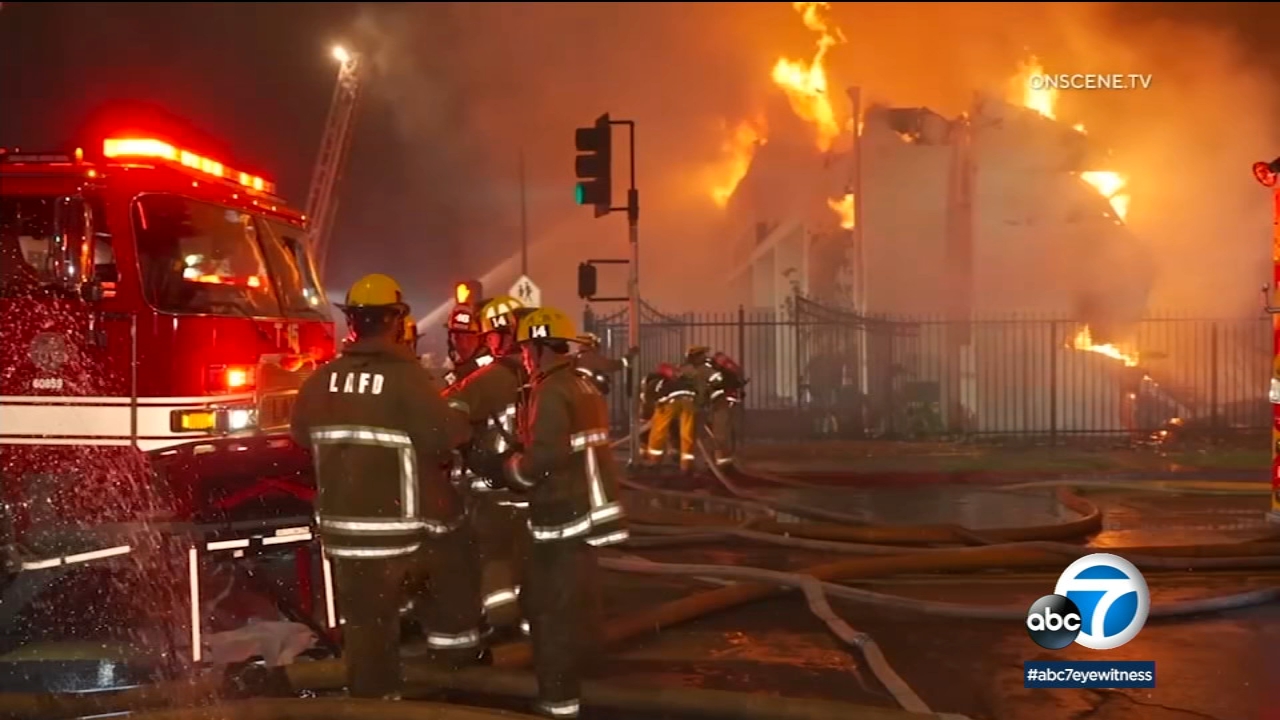 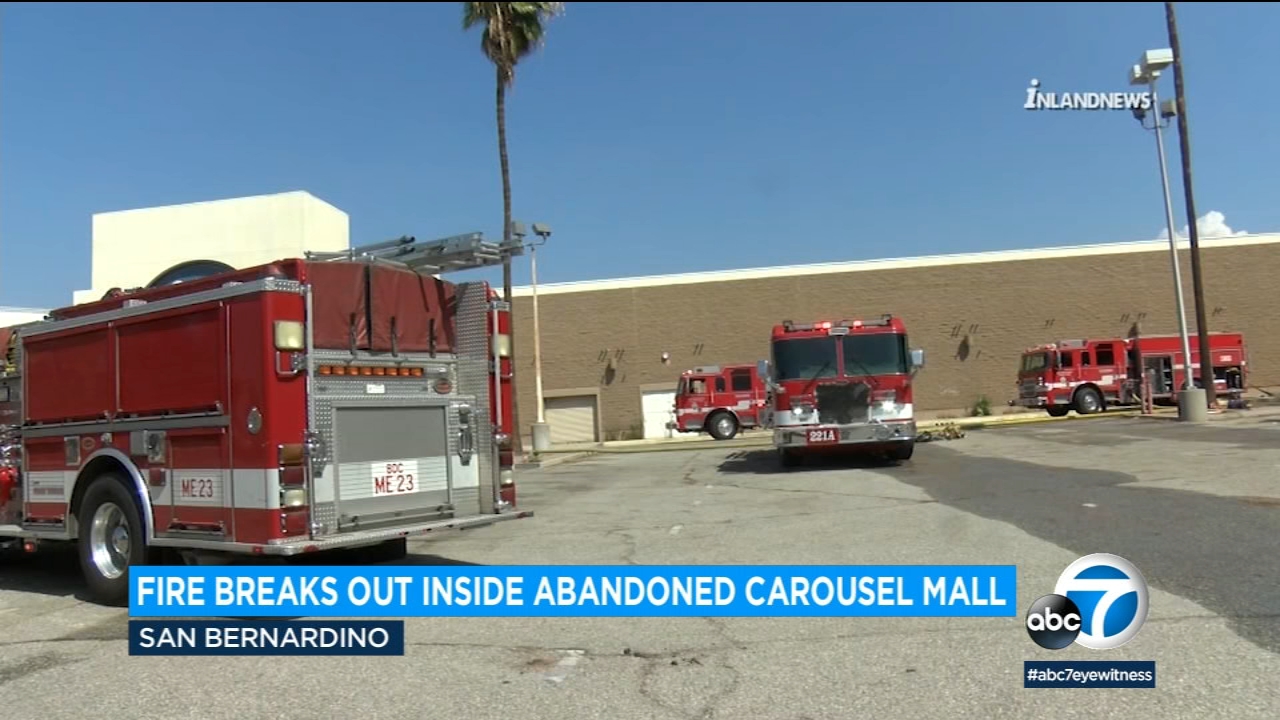