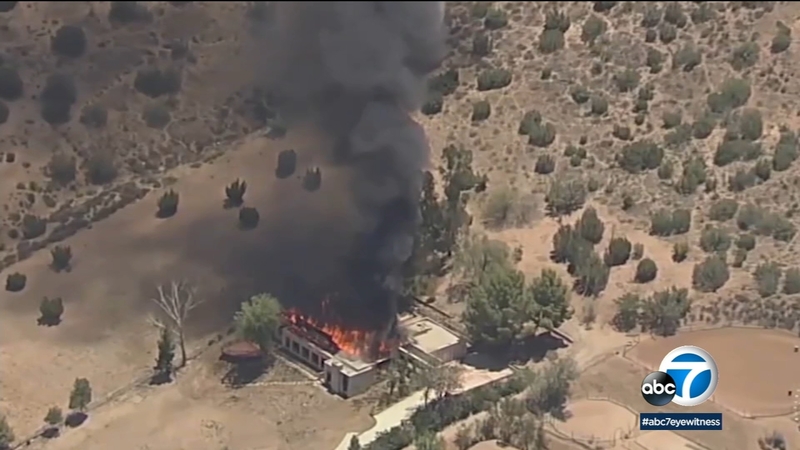 AGUA DULCE, Calif. (KABC) -- The Agua Dulce firefighter who apparently shot and killed a fellow firefighter, wounded another and then killed himself has been identified.

Jonathan Patrick Tatone, 45, of Acton is the suspect in Tuesday's shooting.

Officials believe Tatone was involved in an ongoing dispute with a fellow firefighter that resulted in the deadly shooting.

They say while off-duty Tatone showed up at the Agua Dulce station Tuesday morning and opened fire, killing firefighter Tory Carlon. The 44-year-old victim had worked for the Los Angeles County department for more than 20 years. He was married with three daughters.

The shooting also wounded a fire captain who was not believed to have been intentionally targeted. The 54-year-old captain underwent surgery and was recovering in critical but stable condition.
Fire captain stabilized after shooting at Agua Dulce station
EMBED More News Videos

After the shooting, Tatone drove to his home in Acton, set it on fire and killed himself, sources say. His body was found in a pool outside the home by responding sheriff's deputies.

His official cause of death has not been released.